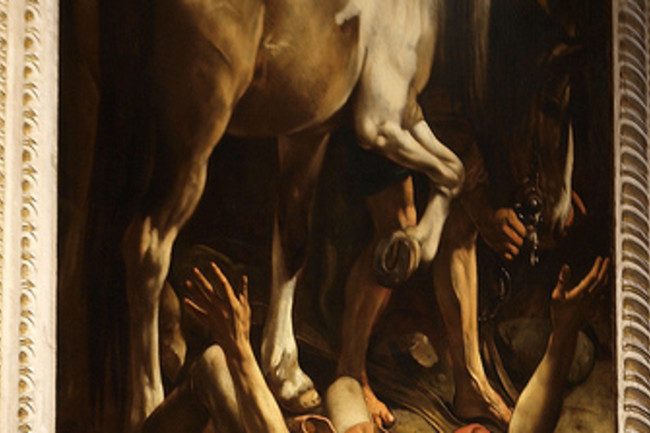 "In the Bible, St. Paul (Saul of Tarsus) was struck blind by a light from heaven. Three days later his vision was restored by a "laying on of hands." The circumstances surrounding his blindness represent an important episode in the history of religion. Numerous theories have been proposed to account for this event which has been the subject of interest of theologians, philosophers, artists, and physicians. A lightning strike could explain all of the features of this episode. The proposal of a theory which correlates St. Paul's symptoms with contemporary scientific knowledge makes his recovery of vision and conversion no less miraculous or religiously significant since the theory demonstrates that, indeed, the event may have occurred exactly as stated in the Bible." |||| 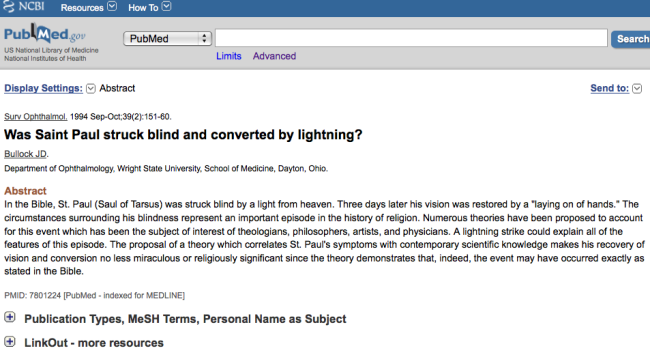