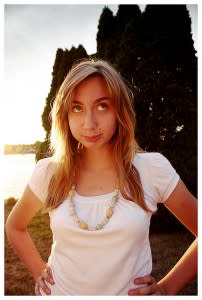 "Anecdotal evidence suggests that speakers often gaze away from their listeners during sarcastic utterances; however, this question has not been directly addressed empirically. This study systematically compared gaze-direction of speakers in dyadic conversation when uttering sincere and sarcastic statements. 18 naïve participants were required to recite a series of contradictory statements on a single topic to a naive listener, while at the same time conveying their actual opinion about this topic. This latter task could only be accomplished through prosodic or nonverbal communication by indicating sincerity or insincerity (sarcasm) for the various statements and allowed examination of gaze across the two conditions for each participant. Subsequent analysis of the videotaped interaction indicated that, during the time for the actual utterance, sarcastic utterances were accompanied by greater gaze aversion than were sincere utterances. This effect occurred for 15 of 18 participants (3 men, 15 women; M age = 19.8, SD = 1.0) who had volunteered for a small credit in an Introductory Psychology course. Results are discussed in terms of nonverbal communication and possible miscommunication which may apply given cultural differences in use of nonverbal cues." 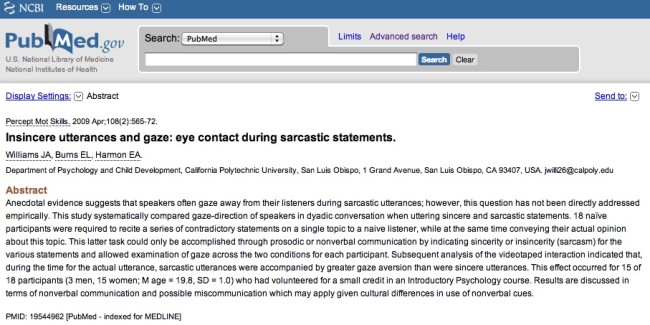 Photo: flickr/Oslo In The Summertime

. Discoblog: NCBI ROFL: Why it’s so hard to intercept a ninja.