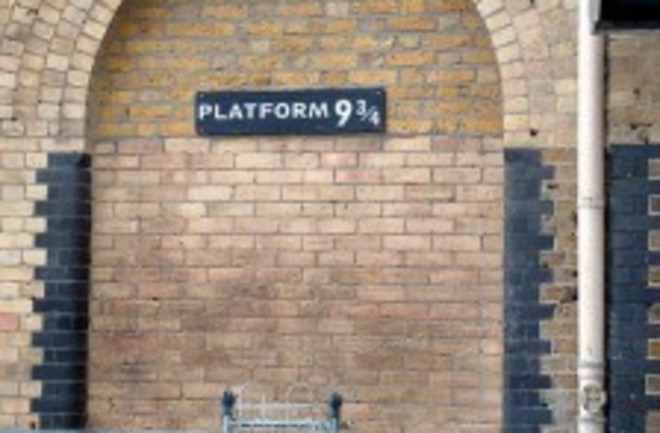 Origins of magic: review of genetic and epigenetic effects.

“Objective: To assess the evidence for a genetic basis to magic. Setting: Harry Potter novels of J K Rowling. Participants: Muggles, witches, wizards, and squibs. Interventions: Limited. Main outcome measures: Family and twin studies, magical ability, and specific magical skills. Results: Magic shows strong evidence of heritability, with familial aggregation and concordance in twins. Evidence suggests magical ability to be a quantitative trait. Specific magical skills, notably being able to speak to snakes, predict the future, and change hair colour, all seem heritable. Conclusions: A multilocus model with a dominant gene for magic might exist, controlled epistatically by one or more loci, possibly recessive in nature. Magical enhancers regulating gene expression may be involved, combined with mutations at specific genes implicated in speech and hair colour such as FOXP2 and MCR1.”

Harry Potter and the curse of headache.

“Headache disorders are common in children and adolescents. Even young male Wizards are disabled by them. In this article we review Harry Potter’s headaches as described in the biographical series by JK Rowling. Moreover, we attempt to classify them. Regrettably we are not privy to the Wizard system of classifying headache disorders and are therefore limited to the Muggle method, the International Classification of Headache Disorders, 2nd edition (ICHD-II). Harry’s headaches are recurrent. Although conforming to a basic stereotype, and constant in location, throughout the 6 years of his adolescence so far described they have shown a tendency to progression. Later descriptions include a range of accompanying symptoms. Despite some quite unusual features, they meet all but one of the ICHD-II criteria for migraine, so allowing the diagnosis of 1.6 Probable migraine.”

The study above prompted a series of responses in the same journal:

“In the interesting and enjoyable article about Harry Potter’s headache, supraorbital neuralgia was not mentioned among several potential headache diagnoses. The prevalence of supraorbital neuralgia is probably not that rare, and estimated to be 0.5% in a adult Muggle population…Harry’s recurrent very intense pain was mainly restricted to his scar localized just above the medial part of the left orbit. Harry got the scar as an infant, but developed recurrent pain first at age 11. However, the prominent scar, easily recognized by other wizards and witches, may at least theoretically generate new problems by increasing age, and as a consequence, having an impact on the pain speculatively mediated by the underlying supraorbital nerve… Fortunately for Harry, he never visited a medical doctor, a supraorbital nerve blockade was not performed, and he did not meet a neurosurgery that insisted to perform surgical treatment because of an intractable supraorbital neuralgia. Despite that, a favorable long-term course of Harry Potter’s scar pain was reported in the last book.”

“The most difficult aspect to fully explain is the initiation or activation of Harry’s pain when in proximity to “He-who-must-not-be-named.” The pain is also triggered when Harry had intense feelings or recollections of encounters with Voldemort suggesting that there is an unusually strong emotional or psychic component.

Madame Pomfrey’s impeccable medical parchments and precise recollections proved to be most invaluable to illuminate our muggle-born minds. A phenomenon not commonly encountered in most pediatric emergency departments is wounds caused by witches or wizard curses. This is rather a common outpatient (or out-wizard/witch) problem at Hogwarts and other schools of wizardry. Novice wizards with short tempers occasionally zap one another with curses leaving minor cutaneous wounds, tissue supplements (ie, pig’s tails) or loss of musculoskeletal segments, but the practice of the Dark Arts can produce some quite nasty, life-threatening, lesions. These lesions are notoriously difficult to heal and often leave behind unsightly, slow healing scars.

In the attack on infant Harry, “He-who-must-not-be-named” delivered a partially deflected death curse which back-fired and drew some of Voldemort’s own soul into Harry’s wound, causing Harry, unknowingly, to become a horcrux himself. This horcrux may represent a magical form of a neuroma. Madame Pomfrey speculated that the presence of “He-who-must-not-be-named” own essence within Harry’s scar serves as the principle trigger for Harry’s painful attacks when brought into proximity with the whole malevolent entity of Voldemort’s remaining soul.

Our final diagnosis then, is “symptomatic” trigeminal neuralgia (13.1.2) due to a posttraumatic neuroma (horcrux) and attributed to magical intervention.”

“The striking thing about Harry Potter on physical examination is of course the “zig-zag” scar on the right side of his forehead. A unifying diagnosis that relates a scar on the forehead to migraine and other facial neuralgic pain would be linear scleroderma “en coup de sabre” … It is so named because of its resemblance to a scar made by the cut of a sabre, although a wand could leave a similar mark. A zig-zag pattern has not previously been described.”