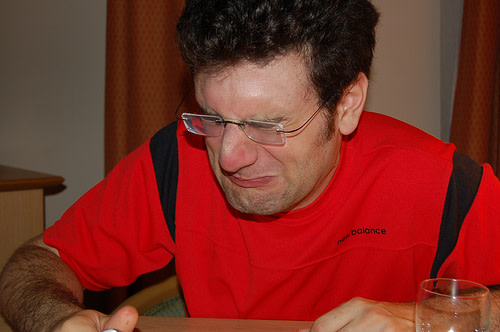 The social life of 'eugh': Disgust as assessment in family mealtimes. "Disgust is a complex phenomenon that pervades a number of social situations. To date, disgust has primarily been understood as an individually experienced emotion or as a way of defining boundaries between people or objects; the detailed social practices through which disgust is choreographed, however, have yet to be fully explored. The social implications of disgust are particularly apparent when food and eating are involved, as it is in such settings that individuals, objects, and social boundaries coincide. In this paper, I argue that the enactment of disgust is an inherently social event, and that we can evidence it as such through the way in which it is produced and oriented to in everyday interaction. The setting for this paper is family mealtimes, as a situation in which children and parents explore the boundaries of what is, and what is not, disgusting. A large corpus of video and audio recordings of mealtimes in England and Scotland were analysed using a discursive psychological approach, with a focus on explicating the sequential and prosodic features of disgust markers (DMs), such as 'eugh' and 'yuck'. The analysis demonstrates that DMs are typically preceded by a 'noticing' by speakers and that 'eugh' is usually uttered alone and at the start of a turn in talk. It is argued that, regardless of their putative status as emotions or cultural concepts, DMs work as assessments of food and eating practices in everyday interaction. They orient others to a trouble source and attend to people's entitlements to 'know' disgust. The implications for our understanding of disgust as a social psychological concept are further explored." 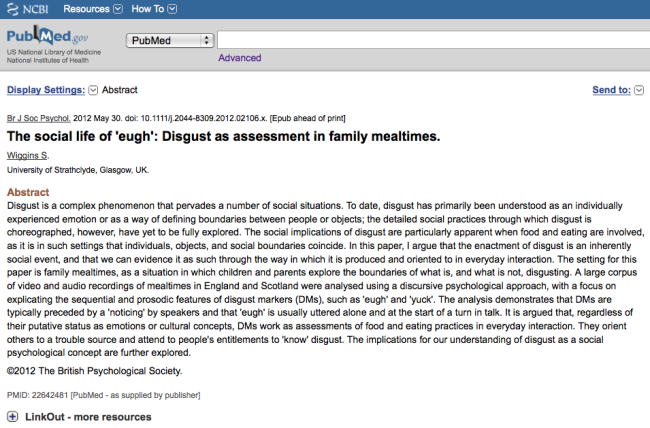