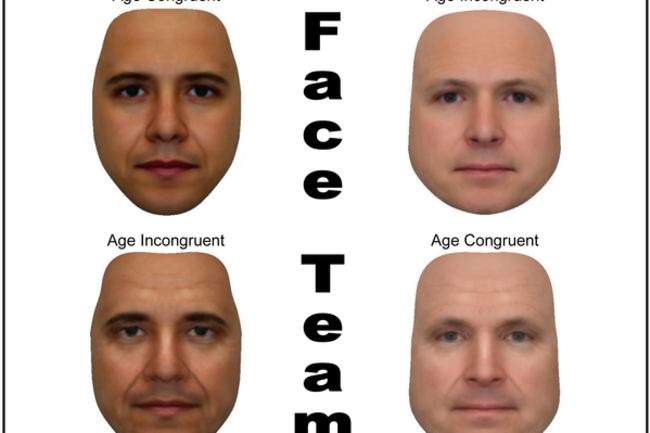 "As nation-state leaders age they increasingly engage in inter-state militarized disputes yet in industrialized societies a steady decrease in testosterone associated with aging is observed – which suggests a decrease in dominance behavior. The current paper points out that from modern societies to Old World monkeys increasing both in age and social status encourages dominant strategies to maintain acquired rank. Moreover, it is argued this consistency has shaped an implicit prototype causing followers to associate older age with dominance leadership. It is shown that (i) faces of older leaders are preferred during intergroup conflict and (ii) morphing U.S. Presidential candidates to appear older or younger has an overriding effect on actual election outcomes. This indicates that democratic voting can be systematically adjusted by activating innate biases. These findings appear to create a new line of research regarding the biology of leadership and contextual cues of age." Bonus excerpt from the main text: "The results from Experiment 2 provide evidence for the overall value and relevance of older age cues for leadership during intergroup war. For instance, even if participants made a connection between the morphed faces and actual candidates, the findings indicate that it did not influence the overall results of the mock elections – which one might expect if participants were merely voting for their actual preferred presidential candidate. Instead, they voted for the older candidate. This strongly suggests that McCain would have had (and future older candidates will have) an increased chance of securing leadership by making the threat of intergroup conflict the most salient situational concern in the minds of the voters – perhaps something McCain did not consistently do relative to other factors (for an overview of the 2008 U.S. Presidential elections see [22] and for an agent-based model incorporating actual polling data see [23])." 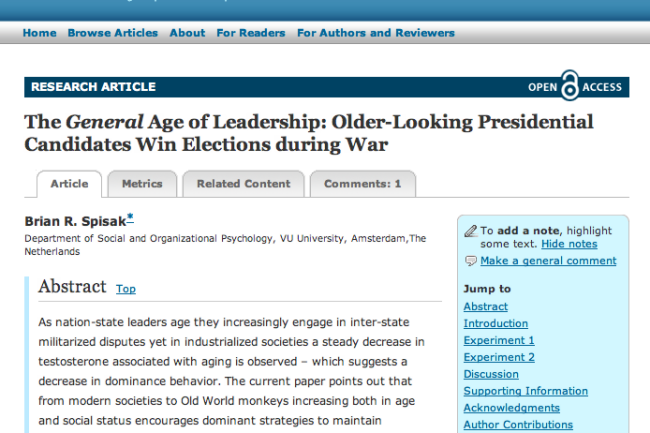 Related content: Discoblog: NCBI ROFL: How dark is Obama’s skin? Depends on whether you voted for him.

Discoblog: NCBI ROFL: A solution to the debt deadlock?