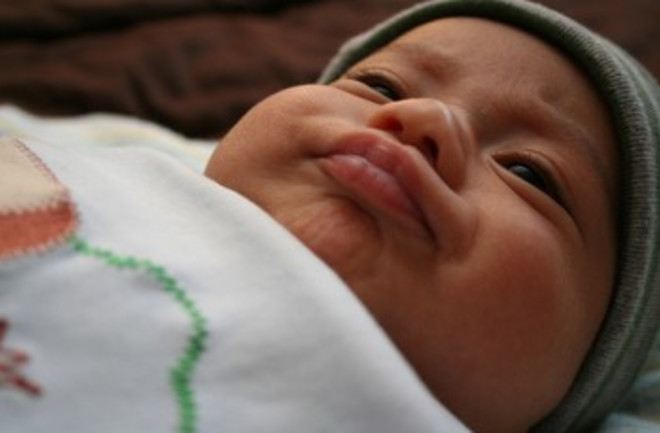 "We used computer image manipulation to develop a test of perception of subtle gradations in cuteness between infant faces. We found that young women (19-26 years old) were more sensitive to differences in infant cuteness than were men (19-26 and 53-60 years old). Women aged 45 to 51 years performed at the level of the young women, whereas cuteness sensitivity in women aged 53 to 60 years was not different from that of men (19-26 and 53-60 years old). Because average age at menopause is 51 years in Britain, these findings suggest the possible involvement of reproductive hormones in cuteness sensitivity. Therefore, we compared cuteness discrimination in pre- and postmenopausal women matched for age and in women taking and not taking oral contraceptives (progestogen and estrogen). Premenopausal women and young women taking oral contraceptives (which raise hormone levels artificially) were more sensitive to variations of cuteness than their respective comparison groups. We suggest that cuteness sensitivity is modulated by female reproductive hormones." Bonus Figure:

"Creation of the experimental stimuli. First, four sets of baby faces were used to obtain averaged cute male (a) and female (c) baby faces and averaged less cute male (b) and female (d) baby faces. Next, these averages were used to apply the cuteness continuum to an individual baby's face, as illustrated in (e). The cuteness continuum ranged from +50% (image altered to make the face more cute) to −50% (image altered to make the face less cute). The baby shown in (e) is 6 months old, and transformations were performed using the shape information from the faces shown in (a) and (b)."