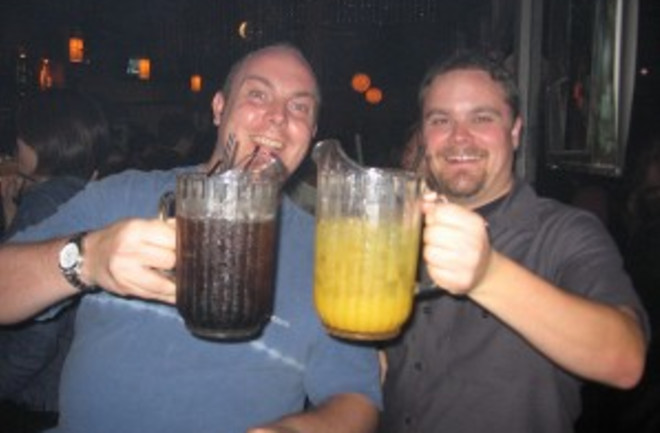 Large drinks are no mistake: glass size, not shape, affects alcoholic beverage drink pours. "INTRODUCTION AND AIMS: Alcohol content in drinks has been shown to be variable. This study evaluates claims regarding the effects of glass size and glass shape on the amount of alcohol served in on-premise drinks. DESIGN AND METHODS: Wine and spirits drinks were purchased and measured in 80 on-premise establishments in 10 Northern California Counties. Alcohol content was measured as the liquid volume of the drink multiplied by the percentage alcohol by volume of given brands or from analysis of mixed drink and wine samples. RESULTS: Spirits drinks were classified as either straight shots or mixed drinks. Mixed drinks poured in short wide glasses were not found to contain more alcohol than those poured in tall thin glasses. Straight shots and mixed drinks served in the relatively large pint glass and variable 'other' glass type were found to contain more alcohol than drinks served in a short wide glass. No other significant differences were found between glass types. Analyses of establishment characteristics found that bars with mostly black patrons serve spirits drinks with more alcohol than bars with other patron types. DISCUSSION AND CONCLUSIONS: Glass shape does not affect actual drink pours in the USA but glass size does in some cases. Consumer education programs should foster awareness of the relatively high alcohol content of on-premise wine and mixed spirits drinks. More research is needed to evaluate potential differences in drink pours by patron race and ethnicity." Bonus figure: