NCBI ROFL: Sexualization of the female foot as a response to sexually transmitted epidemics: a preliminary study. 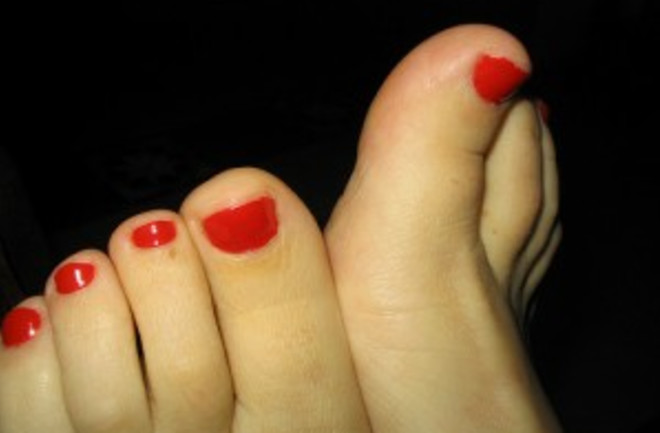 "The authors reviewed historical literature and hypothesized a relationship between epidemics of sexually transmitted diseases and foot fetishism. They tested this hypothesis by quantifying foot-fetish depictions in the mass-circulation pornographic literature during a 30-yr. interval. An exponential increase was noted during the period of the current AIDS epidemic. The authors offer reasons for this possible relationship."

Bonus excerpts from the main text:Introduction"During the current millenium, there have been four major epidemics of sexually transmitted disease as noted by contemporaries. In the Western World there was an apparent gonorrhea epidemic in the Thirteenth Century, syphilis epidemics in the Sixteenth and Nineteenth Centuries, and AIDS in the current century (Moodle, 1923; Long, 1929; Bayon, 1990). During each of those periods there seemed to emerge a sexual focus on the female foot. This focus apparently coincided with each of the first three epidemics and disappeared with the epidemic's subsidence, usually after 30-60 years (Mc- Kmney, 1965; Windle, 1992). This focus on feet was unique to each of these epidemic periods. During all other periods, eroticism was attached to breasts, buttocks, and thighs. Biblical, Egyptian, and Classical art and literature focused on these female body parts but not the feet (Cowell, 1969; Windle, 1992).Whether feet were bare or exposed as in the Ancient World or covered in the early Medieval one, feet were not seen as sexual foci (Rossi, 1977; Windle, 1992)...

MethodsIn the current study, back issues of the eight largest mass circulation general pornography magazines in the United States were reviewed. Fetish-oriented magazines, focusing on breasts (e.g.,Juggs), buttocks (e.g., Rear View), feet, or other body parts were excluded so as not to load the data. These issues were reviewed for the years 1965-1994. This time period was chosen because of the need to predate and overlap the course of the AIDS epidemic. According to the method developed by the Justice Commission, each separate issue of each magazine was examined independently by three reviewers. The number of photographic representations of bared female feet were then counted per issue....

Results and DiscussionEight pornographic magazines were reviewed over the period from 1965 to 1994. The number of foot-oriented photos has literally grown exponentially over these years (cf. Fig. 1). It may alternatively be argued that the foot represents a symbolic form of feminine power, allowing women simultaneously to control and distance themselves from sexual intimacy (Kunzle, 1982; Windle, 1992). Indeed, editorials in foot-oriented magazines hold foot-pornography as "different" from other forms of pornography. These editorials claim that foot eroticism is a source of female power, while other pornographic forms are degrading and subservient (Vesta, 1998; Wihams, 1998).

Women's fashions are thought to be governed by the hypothesis of "the shifting erogenous zone" (Cunnington, 1941; Laver, 1950). In this view, emphasis is placed on those body parts which acquire sexual connotations according to the dominant attitudes in female psychology. It is note-worthy that of the four historical periods examined, all except the Nineteenth Century were periods of relative female emancipation (Newton &amp; Rosenfelt, 1985).Certainly every Western culture has emphasized foot-kissing as a sign of respect and obeisance.

As a tool of sexual power, the foot may be used many ways. In the fantasies of many of the foot-pornographic magazines, feet are used to attract and keep serviceably potent men who might otherwise be overwhelmed by a woman whom they just met. Men who might otherwise be intimidated by a woman's extreme beauty, wealth, or status can be re-directed and possibly diverted by focusing on her feet. These men are thus able to maintain potency, dispelling any nervousness which the women's beauty and power may create (Rossi, 1977; Windle, 1992). This attitude, latent in the fashion psychology literature has been enunciated by the pornographic models themselves ("Marilyn," 1992; Hanson, 1995). At all times, however, the pornographic literature emphasizes the essentially risk-free nature of foot eroticism. This message is underhed in editorials, photographic shoots and fictional short-stories.

There is no doubt that an AIDS epidemic exists. Our preliminary data indicate that there may be a rising display in foot-fetishism in the pornographic literature. Two assumptions are then made, that pornographic trends reflect a society-wide trend in sexualization and that this trend has a relationship to the current AIDS epidemic. As awareness of the epidemic increases so should the incidence of foot eroticism. If these assumptions are supported by later research, this general interest in foot-fetishism will decline when the AIDS epidemic subsides."