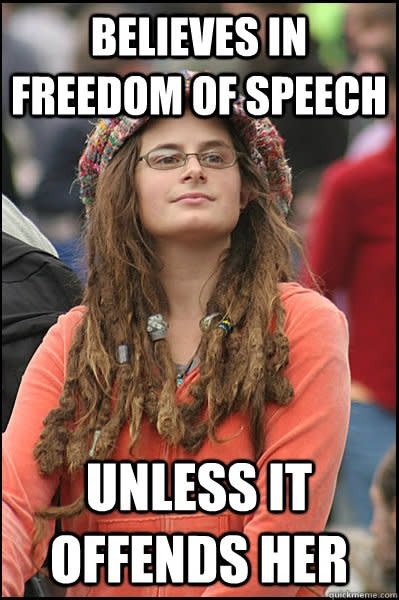 You love to hate them: people in power who talk the talk but don't walk the walk. I'm sure most of us have suffered a boss who tells you to do things that he or she doesn't. But do these people become hypocrites because they are in positions of power, or were they just born a**holes? These scientists decided to find out! Turns out that power doesn't just corrupt, it makes you a bigger hypocrite. Good thing I didn't get that promotion after all.Power increases hypocrisy: moralizing in reasoning, immorality in behavior. "In five studies, we explored whether power increases moral hypocrisy (i.e., imposing strict moral standards on other people but practicing less strict moral behavior oneself). In Experiment 1, compared with the powerless, the powerful condemned other people's cheating more, but also cheated more themselves. In Experiments 2 through 4, the powerful were more strict in judging other people's moral transgressions than in judging their own transgressions. A final study found that the effect of power on moral hypocrisy depends on the legitimacy of the power: When power was illegitimate, the moral-hypocrisy effect was reversed, with the illegitimately powerful becoming stricter in judging their own behavior than in judging other people's behavior. This pattern, which might be dubbed hypercrisy, was also found among low-power participants in Experiments 3 and 4. We discuss how patterns of hypocrisy and hypercrisy among the powerful and powerless can help perpetuate social inequality." 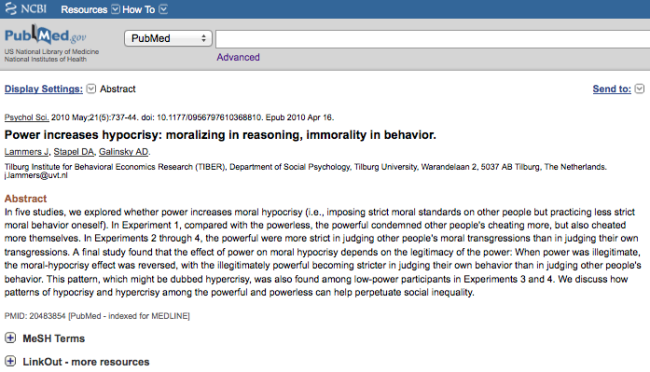