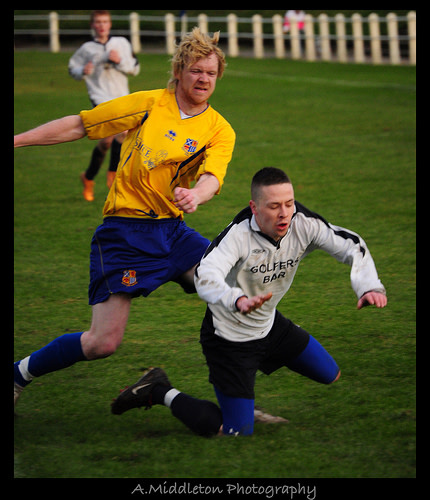 Increased aggression during human group contests when competitive ability is more similar. "Theoretical analyses and empirical studies have revealed that conflict escalation is more likely when individuals are more similar in resource-holding potential (RHP). Conflicts can also occur between groups, but it is unknown whether conflicts also escalate more when groups are more similar in RHP. We tested this hypothesis in humans, using data from two professional sports competitions: football (the Bundesliga, the German first division of football) and basketball (the NBA, the North American National Basketball Association). We defined RHP based on the league ranks of the teams involved in the competition (i.e. their competitive ability) and measured conflict escalation by the number of fouls committed. We found that in both sports the number of fouls committed increased when the difference in RHP was smaller. Thus, we provide what is to our best knowledge the first evidence that, as in conflicts between individuals, conflicts escalate more when groups are more similar in RHP." 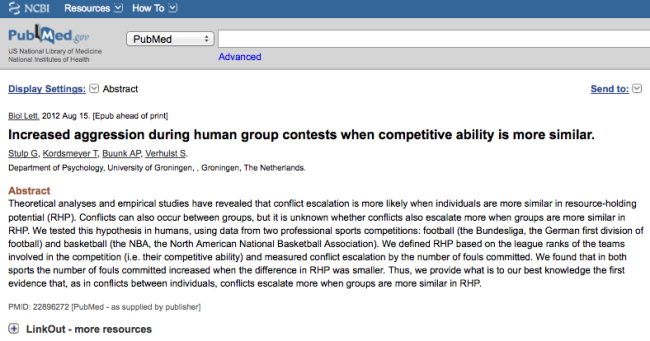