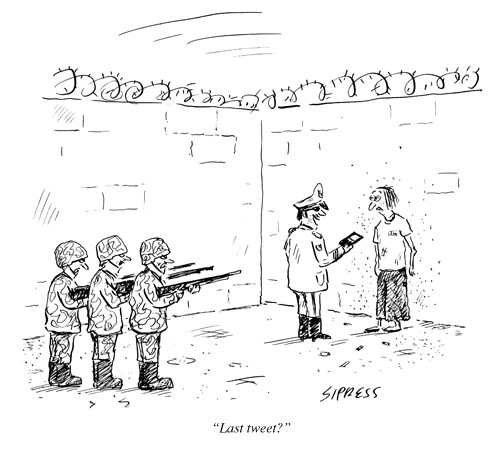 "American's experiences with dying and death have changed throughout the course of our history. As an agrarian society death, was seen first-hand on, often, a daily basis. Industrialization brought with it removal of the dying process to the hospital and burial became the responsibility of the undertaker. This separation of dying and death from society resulted in not only a physical barrier but a psychological one as well. Technology in health care once again raised issues of the dying process by asking people to make decisions about their health care in the realm of resuscitation, respirators, and the use of artificial food and fluids. One way that Americans have been known handle the difficult times in their lives is through humor. When it becomes difficult to cope, tears and laughter are both cathartic. This study analyzes cartoons from The New Yorker in an effort to categorize contemporary notions of death as well as establish the correlation between societal events related to dying and death and the overall percent of death-related cartoons in this media." 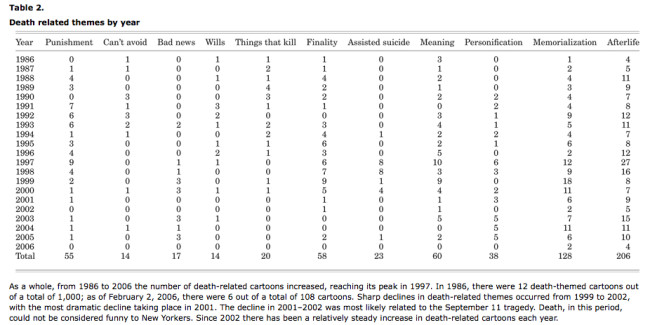 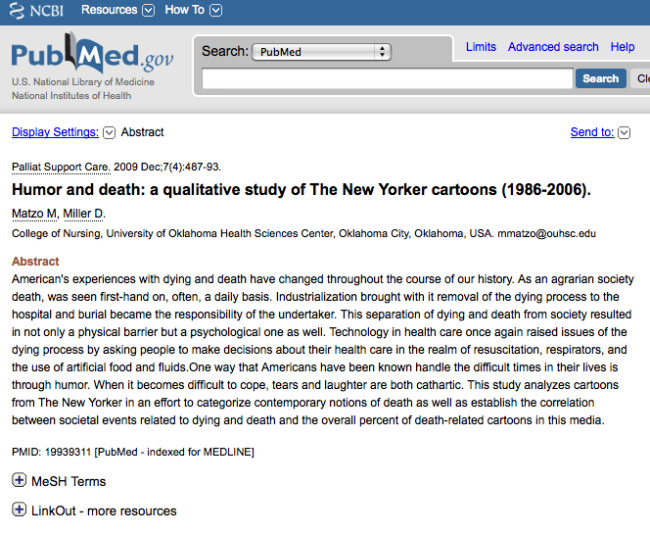 Discoblog: NCBI ROFL: D’oh! An analysis of the medical care provided to the family of Homer J. Simpson.

Discoblog: NCBI ROFL: Times New Roman may be funnier than Arial, but why does Comic Sans make me want to kill myself?