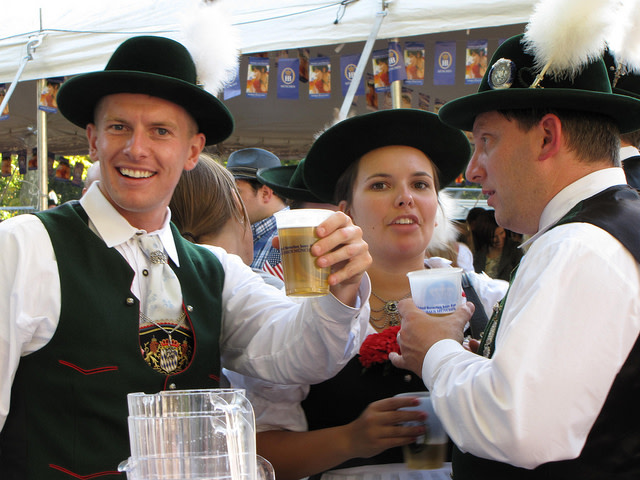 Results of an explorative empirical study on human mating in Germany: handsome men, not high-status men, succeed in courtship. "Recent research on human mating depicts men as searching for physical attractiveness (PA) and women as searching for status. To identify the mechanisms which lead to universal, biologically interpretable structures in social processes, we focused on the proximate causes for inter- and intrasexual differences in human mating preferences, attraction, and tactics.We collected data on 180 young singles (mean age 26.9 years) without a steady relationship. A questionnaire and a video sequence (20-30 seconds) of each subject was taken. Next, each video sequence was rated by approximately 20 individuals of the opposite sex, who also participated in this study. Surprisingly, the answers given by male and female subjects regarding sociosexual behaviour and mating preferences are predominantly congruent. Sex differences among preferences for good looking and high-status partners were small or even insignificant. Lower educated subjects had considerably higher status preferences than higher educated individuals. In both sexes, PA was much more preferred in a potential partner than status. For both sexes, physical appearance was decisive for the subject's dating attractiveness. Male, but not female dating attractiveness also correlates with a kind and charismatic appearance. Furthermore, there was a positive linear relationship between men's PA and their number of sexual partners within the last year. Men with more than four sexual partners were all above-average in PA, while the most attractive women had a medium number of sexual partners. However, in this respect, status had no influence. The results show that sex differences in mating are more complex than hitherto assumed." 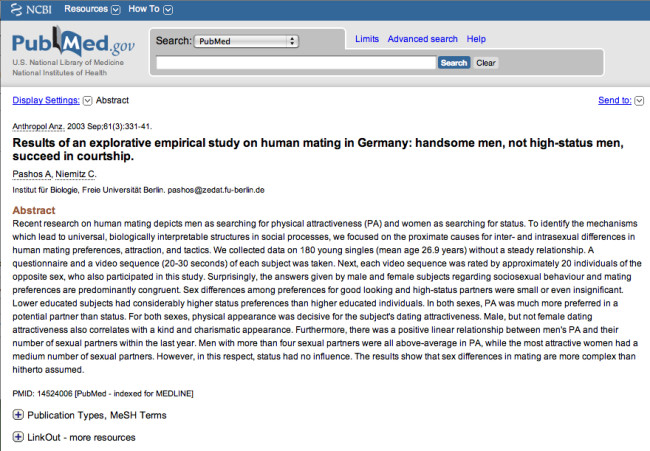