NCBI ROFL: Geese: the pack animals of the future. 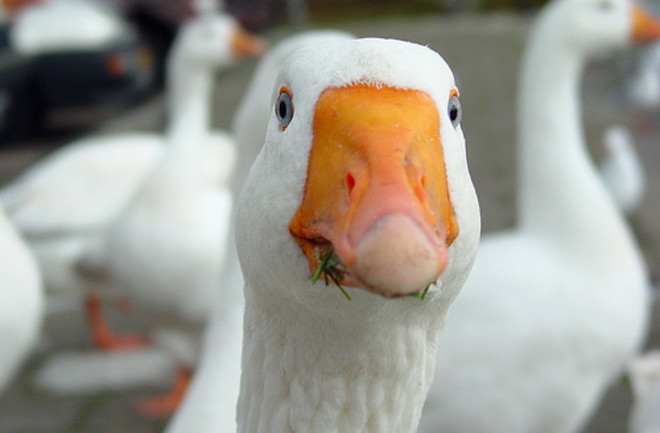 Load carrying during locomotion in the barnacle goose (Branta leucopsis): The effect of load placement and size. "Load carrying has been used to study the energetics and mechanics of locomotion in a range of taxa. Here we investigated the energetic and kinematic effects of trunk and limb loading in walking barnacle geese (Branta leucopsis). A directly proportional relationship between increasing back load mass and metabolic rate was established, indicating that the barnacle goose can carry back loads (up to 20% of body mass) more economically than the majority of mammals... Sternal loads up to 15% of body mass were approximately twice as expensive to carry as back loads... Loading the distal limb with 5% extra mass incurred the greatest proportional rise in metabolism, and also caused increases in stride length, swing duration and stride frequency during locomotion. The increased work required to move the loaded limb may explain the high cost of walking."