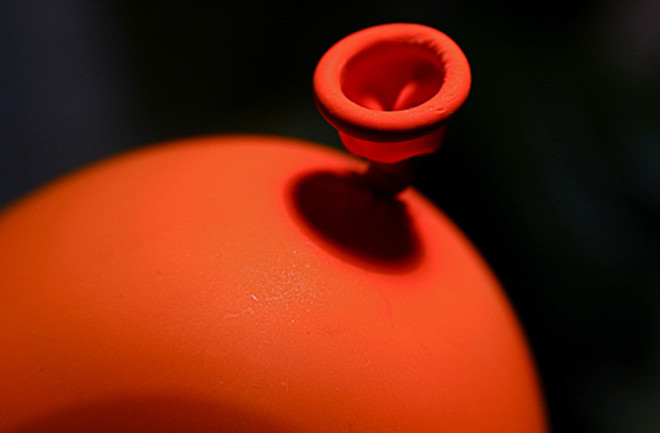 "Sexual selection via male mate choice has often been implicated in the evolution of permanently enlarged breasts in women. While questionnaire studies have shown that men find female breasts visually attractive, there is very little information about how they make such visual judgments. In this study, we used eye-tracking technology to test two hypotheses: (1) that larger breasts should receive the greatest number of visual fixations and longest dwell times, as well as being rated as most attractive; (2) that lightly pigmented areolae, indicative of youth and nubility, should receive most visual attention and be rated as most attractive. Results showed that men rated images with medium-sized or large breasts as significantly more attractive than small breasts. Images with dark and medium areolar pigmentation were rated as more attractive than images with light areolae. However, variations in breast size had no significant effect on eye-tracking measures (initial visual fixations, number of fixations, and dwell times). The majority of initial fixations during eye-tracking tests were on the areolae. However, areolar pigmentation did not affect measures of visual attention. While these results demonstrate that cues indicative of female sexual maturity (large breasts and dark areolae) are more attractive to men, patterns of eye movements did not differ based on breast size or areolar pigmentation. We conclude that areolar pigmentation, as well as breast size, plays a significant role in men's judgments of female attractiveness. However, fine-grained measures of men's visual attention to these morphological traits do not correlate, in a simplistic way, with their attractiveness judgments."