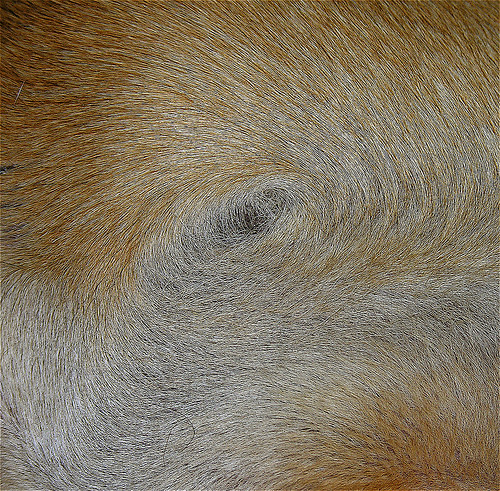 Hair whorls in the dog (Canis familiaris). I. distribution. "Hair whorl characteristics were assessed in the domestic dog (Canis familiaris) in the regions of cephalic, cervical (dorsal, ventral, and lateral), thoracic and brachial axillary regions, the chest, shoulders, elbows, ventral abdominal region, and on the caudal thighs (ischiatic). They were classified as simple or tufted, and their position was recorded as the distance between their centers and bony landmarks within each region. The distribution of whorls was explored in a cohort of domestic dogs (N = 120) comprising a variety of breeds and cross-breeds, sourced from shelters (N = 60) and the general public (N = 60). Whorls observed in the majority of dogs in this cohort typically occurred on the chest, brachial axillary region, elbows, and ischiatic region. Atypical whorls were present in fewer than 20% of the population, and included those on the head (cephalic), cervical regions (dorsal, ventral, and lateral), shoulders, thoracic axillary region, and on the ventral abdominal region. The majority of whorls on dogs were classified as simple. In contrast, those located on the elbows and the majority of chest whorls were tufted. The presence and position of whorls were often associated with several variables including coat length and thickness, and the sex and source of the dog. The palpation and hair-cluster method of whorl assessment described in this article is best suited to dogs with short-to-medium coat lengths. The current methodology developed to assess hair whorl characteristics provides a framework for future investigations into any associations between hair whorl characteristics and other canine traits such as temperament." 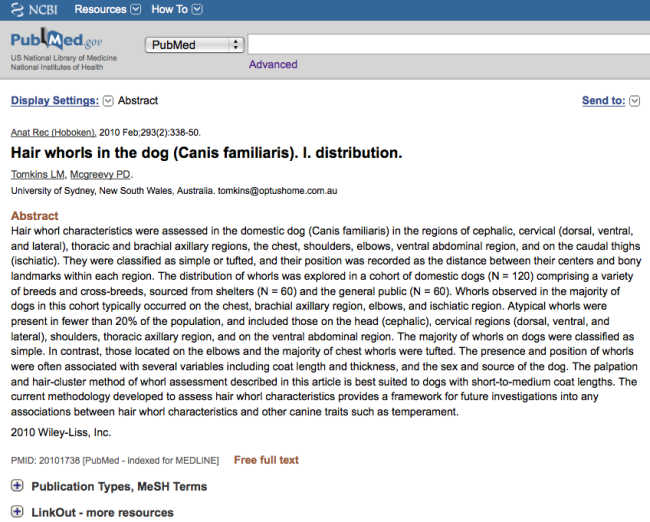 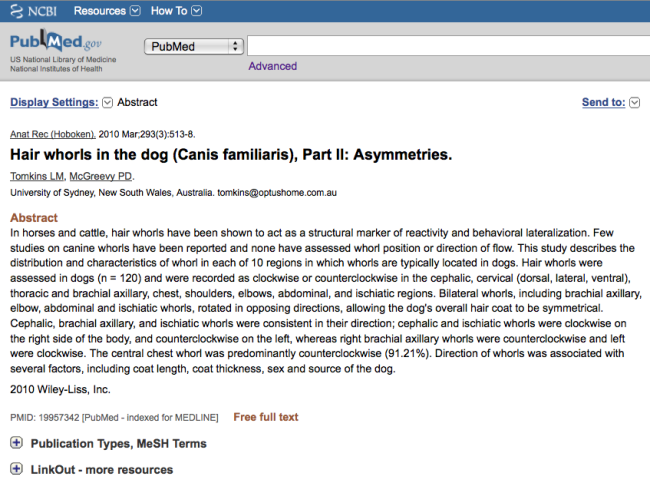