NCBI ROFL: Does your left armpit smell different from your right? 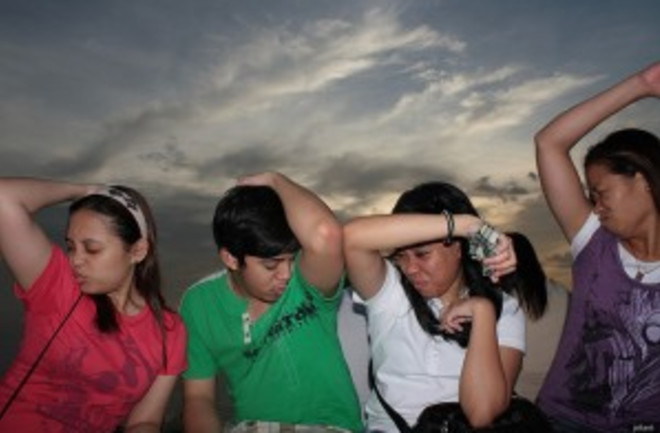 “Most studies on perception of human social odors in axillary sweat do not distinguish between samples from the right and left axillae. However, each axilla might not produce identical odor samples due, for instance, to the increased use of one arm as a result of lateralization. The aim of the present study was to test whether odor samples from the right and left axillae provided by right- and left-handed men were perceived differently by female raters. Participants were 38 males and 49 females, aged 19-35 years. Fresh odor samples (cotton pads worn underarm for 24 h) were evaluated for attractiveness, intensity, and masculinity, with left and right samples being presented as independent stimuli. A side-related difference emerged in left-handers only (no difference in right-handers): The odor from the axilla corresponding to the dominant side (left) was rated more masculine and more intense than the other side (right). This effect was limited to the ratings of a restricted group of females, that is, those who did not take hormone-based contraception and were estimated to be in the fertile phase of their menstrual cycle. In conclusion, future studies using axillary odor samples can consider left and right samples as perceptually equivalent stimuli when the participant samples are representative of the general population, which comprises relatively low proportions of left-handed men and spontaneously ovulating fertile women. The results also provide new evidence of the variation of female sensitivity to biologically relevant stimuli across the menstrual cycle.”