NCBI ROFL: Disliked food acting as a contaminant in a sample of young children. 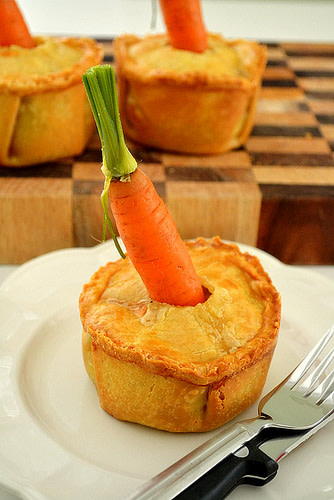 "Anecdotal evidence suggests that a disliked food can act as a contaminant to liked food during childhood. While this has been investigated in an infant sample, the current paper presents the first study to investigate this phenomenon in a sample of young children (4 years 5 months-6 years 1 month old, N=30). Children were shown a liked food at different stages of being contaminated by a disliked food. At each stage, the children were asked to rate their willingness to consume the liked food on a 3-point hedonic scale. The data show that children reduce their rating of a liked food once it has been in contact with a disliked food, in comparison to a like-like combination control measure. The data also show that girls show greater sensitivity than boys to this form of contamination and that the younger children are more likely to show a prolonged response (rating of the liked food does not return to the unadulterated level) than the older children in the sample. Several possible reasons for these findings are discussed including disgust, inferred distaste and associational contamination." 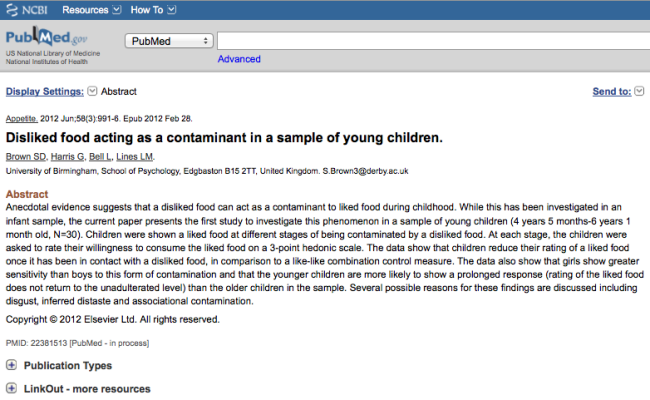 Discoblog: NCBI ROFL: Room for dessert: an expanded anatomy of the stomach.

Discoblog: NCBI ROFL: This just in: Children like to play with food!!!