NASA Vows to Press Ahead With Over-Budget Mars Rover 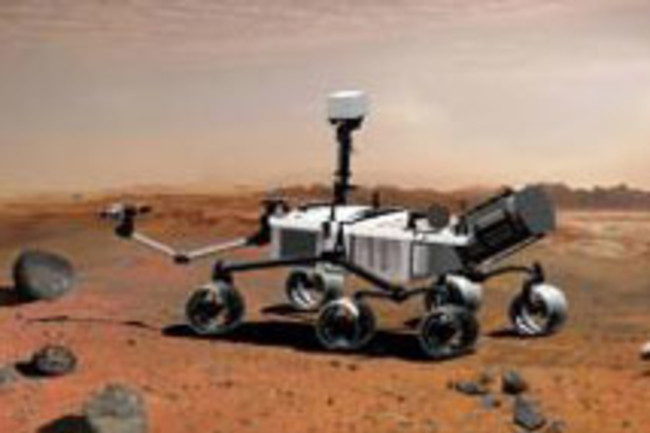 NASA is keeping the faith and pushing forward with its most ambitious Mars rover mission to date, despite serious cost overruns and technical problems. NASA officials announced on Friday that they expect the Mars Science Laboratory to launch as planned in 2009, rebutting speculation that NASA would postpone the craft’s launch until 2011, or even cancel the mission. “It’s easy to say, ‘let’s just cancel it and move on’ but we’ve poured over a billion-and-half dollars into this,” [NASA official Ed] Weiler said. “The science is critical. It’s a flagship mission in the Mars program and as long as we think we have a good technical chance to make it we are going to do what we have to do” [SPACE.com].

The SUV-sized rover was originally expected to cost $1.6 billion, but it’s already $300 million over budget and the latest cost overruns may push the final price to over $2 billion. To meet costs, NASA may be forced to scale back or postpone other Mars missions, and could even take funds from other planetary missions. A group of scientists that advises NASA on planetary missions called this week for an outside investigation into the Mars Science Lab’s financial troubles. The scientists noted that the pricey project was a “poor model for future missions” [AP].

The Mars Science Laboratory combines the mobility of the smaller Spirit and Opportunity rovers that have been operating on the planet since 2004 with some of the sophisticated chemistry experiments aboard the Phoenix mission that settled onto the planet’s north pole in late May…. Using a robot arm, the craft would study rock and soil samples in an attempt to determine whether Mars has or once had conditions suitable for microbial life [Houston Chronicle].

The Mars Science Lab has been bedeviled by technical problems over the past few years. One problem is that the rover’s immense weight has proven to be too much for the gears in the tiny “actuators” or motors that control the rover’s robotic arm, power its drill and turn the wheels. MSL is seven times heavier than previous missions like the Mars rovers Spirit and Opportunity [New Scientist]; it weighs in at nearly 2,200 pounds. Earlier this year, engineers also had to fix problems with the rover’s heat shield and parachute.