NASA Proves It’s 'All About That Space' 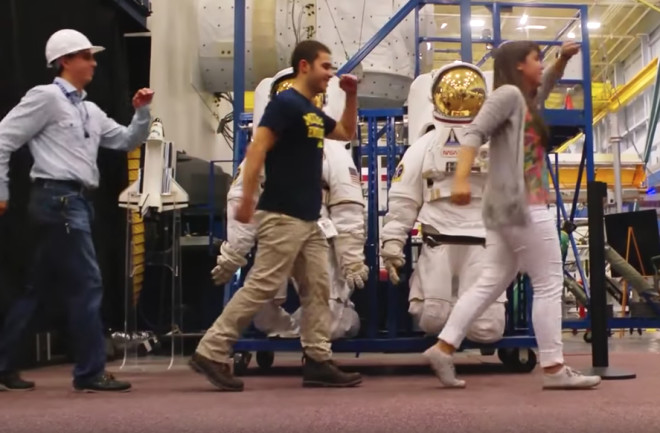 NASA took a big first step toward sending humans to deep space last week, and now they’re proving rocket scientists can dance.The Pathways Interns at the Johnson Space Center remixed Meghan Trainor’s hit “All About That Bass” to produce an ode to the Orion spacecraft: “All About That Space.” The song and video is a fun way to keep the public interested in NASA’s newest space taxi.

On Dec. 5, you’ll recall, Orion passed its first test with flying colors after cruising 3,600 miles above Earth, circling the planet twice and splashing down in the Pacific Ocean.

The 4.5-hour journey is just the beginning for Orion. In 2018 the craft will make an unmanned test trip around the moon and return. The craft could eventually carry humans to an asteroid in the 2020s and to Mars, perhaps, in the 2030s.

With a long road still ahead, fueling excitement for space travel may be just as important as the missions themselves. Reason enough to rock out to a bunch of interns “bringing rockets back.”