NASA Plans to Peer Inside a Black Hole 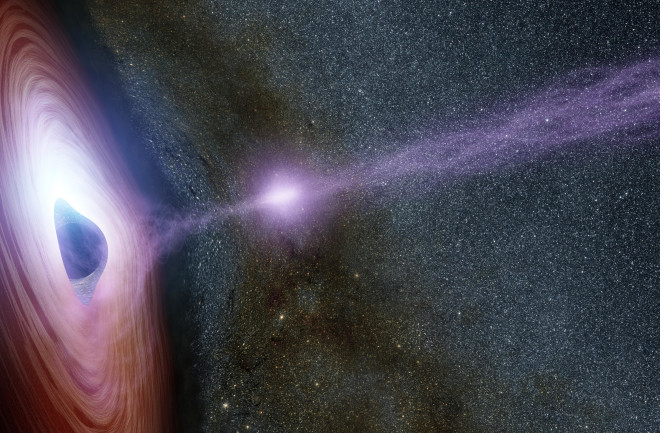 Neutron stars, black holes and other remnants of stellar explosions are some of the universe’s most intriguing objects – and some of the hardest to study. But when NASA’s newest Explorers Program mission, IXPE, launches, we’ll see them like never before.

Stellar remnants such as black holes and neutron stars are difficult to see. Because of their tiny size and oftentimes obscuring disks of dust and gas, direct measurements of these objects have long eluded astronomers. However, such extreme objects heat their environments to millions of degrees, which causes high-energy emission in the form of easily-observable X-rays. Studying these X-rays provides a window into the world around otherwise impossible-to-see phenomena.

Now, NASA plans to delve deeper into black hole and neutron star X-ray emissions with the newest addition to its Explorers Program mission lineup: the Imaging X-ray Polarimetry Explorer (IXPE). Led by Principal Investigator Martin Weisskopf at NASA's Marshall Space Flight Center, IXPE will include three space telescopes capable of measuring the polarization of X-rays coming from the environments around objects such as neutron stars, pulsars and black holes.

Polarization is a property of light, including X-rays, that describes the direction in which the electromagnetic wave “points.” Although not recorded by most conventional instruments, polarization offers unique information about the source of the observed light, including geometry, magnetic field and emission mechanism. Measuring the polarization of X-rays emitted in the environments of neutron stars and black holes can thus help astronomers characterize the magnetic fields of these objects, as well as the structure and geometry of the accretion disks and jets that form around them. This information will provide yet more pieces to the puzzle of how these amazing objects look and behave.

NASA’s Explorers Program provides selected mission proposals with the opportunity and funding to perform science from space. Unlike major space-borne observatories such as the Hubble Space Telescope and the Chandra X-ray Observatory, Explorers missions are small- or medium-sized projects characterized by more moderate price tags and a shorter timeframe between concept and launch. Some of the program’s current ongoing missions include the Widefield Infrared Survey Explorer (WISE) and the Swift Gamma Ray Burst Explorer (Swift). IXPE will be joining upcoming Explorers missions that include the Ionospheric Connection Explorer (ICON), projected to launch in June 2017, and the Transiting Exoplanet Survey Satellite (TESS), with a scheduled launch date in December 2017.

According to NASA’s press release, IXPE is currently set to launch in 2020 with an estimated total cost — including the mission’s launch vehicle and post-launch operations and data analysis — of $188 million. By comparison, NASA’s flagship X-ray telescope, the Chandra X-ray Observatory, cost $1.65 billion in development alone and another $350 million simply to launch.