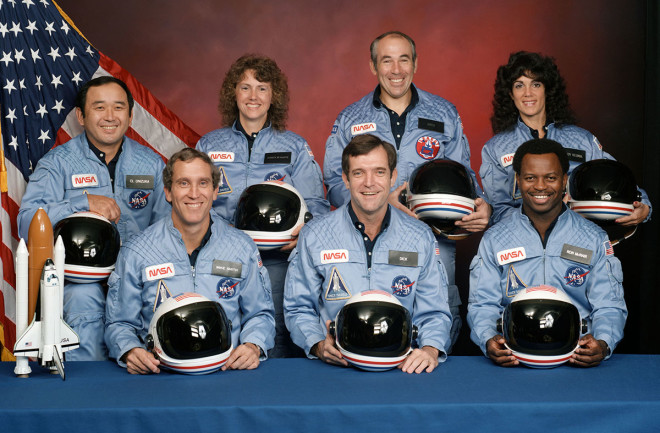 Every year, NASA recognizes astronauts who lost their lives in the pursuit of spaceflight with an official Day of Remembrance. This year, it’s celebrated Feb. 7. And NASA Administrator Jim Bridenstine will lay a wreath at the Tomb of the Unknown Soldier in Arlington National Cemetery. Another wreath-laying ceremony will also happen at Kennedy Space Center’s Space Mirror Memorial. Both ceremonies will also include observances for NASA’s lost explorers.

The three great disasters in NASA history all occurred near the same time of year, hence the timing of the Day of Remembrance, though its specific date shifts from year to year. This year, it was originally scheduled for January 31, but had to be rescheduled due to the 35-day government shutdown.

On January 27, 1967, a fire broke out at the Apollo 1 launchpad, killing astronauts Gus Grissom, Ed White, and Roger Chaffee.

In 1986, the space shuttle Challenger exploded just after liftoff on Jan. 28, killing all seven crewmembers, including school teacher Christa McAuliffe.

And on February 1, 2003, the space shuttle Columbia broke apart on re-entry, again killing all seven crewmembers.

Each tragedy put dampers on NASA’s human spaceflight progress, particularly the Challenger disaster, which put a hold on further shuttle missions for more than two and a half years. But in every case, NASA reviewed its mistakes and took back to the skies.

NASA has not launched its own crew into space since the end of the space shuttle program in 2011, instead depending on Russian Soyuz capsules to access the International Space Station. But in the next few years, private space companies are expected to pick up the load, with SpaceX’s Dragon and Boeing’s Starliner crew capsules scheduled for unmanned tests this spring, with manned tests before the end of the year.