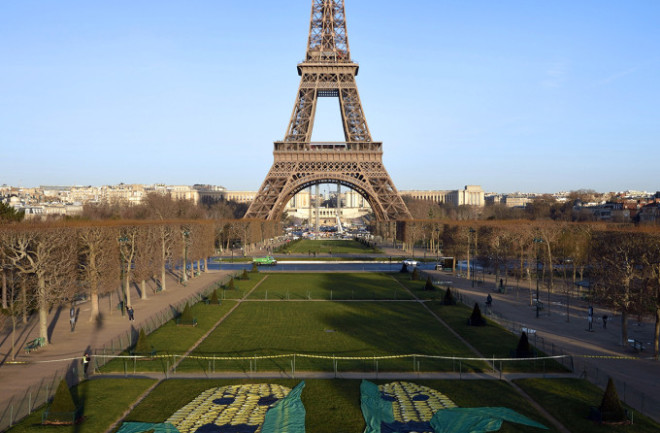 Greenpeace activists protest against a new genetically modified corn, US firm Pioneer's TC1507, on the Champs de Mars in Paris, in front of the Eiffel tower on February 12, 2014.

The genetically modified corn TC1507, won EU approval in controversial fashion on February 11, 2014 after a large majority of member states failed to block it.

In Europe, the offspring of a genetically modified ewe "escaped" from the French National Institute for Agricultural Research and ended up on the Parisian meat market, sparking discussion on the implications of GM animals in the food supply, scientific literacy of the general public, and mistrust of the scientific community. In America, Monsanto's latest herbicide-resistant crops continue the conversation on the consequences of accelerated selection for genetic mutations.

You'd Be Fine if You Ate the French Mutant Lamb – Wired