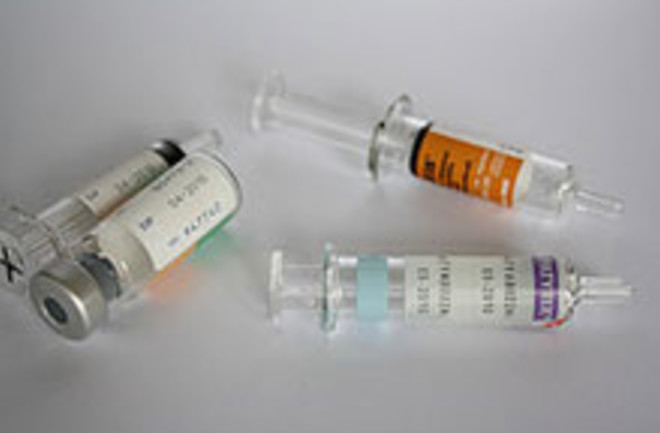 In September 2007, HIV research faced a serious setback: Scientists found that a promising HIV vaccine was actually increasing the rate of HIV infection, and the so-called STEP vaccine trial was immediately halted. The failure had a ripple effect, and caused researchers to call off another vaccine trial that operated on a similar principle. Since then, researchers have developed multiple explanations for why the vaccine upped the risk of infection. Now two new studies presented in Nature Medicine refutes the latest of these hypotheses, which gives researchers valuable information but ultimately leaves the mystery unsolved.

The recent theory held that some people responded more strongly than others to a component of the vaccine tested in the STEP trial, making them more vulnerable to HIV, which attacks immune cells that are actively responding to a pathogenic threat [Nature News].  Because the vaccine was constructed on the modified backbone of the virus that causes the common cold, the theory posited that white blood cells called helper T-cells jumped into action to combat this infectious particle. Unfortunately, HIV targets these T-cells, scientists reasoned, so vaccination actually gave HIV a larger target. This would explain why vaccination increased the risk of HIV infection.

Furthermore, scientists postulated, the immune systems of people who had been exposed to the cold virus used in the vaccine, known as adenovirus 5, might have “recognized” the virus more readily, producing more T-cells. To investigate, researchers analyzed the T-cell levels of people who received the vaccine (the study is no longer double-blinded). They found that people with previous exposure to adenovirus 5 did not have more T cells that recognized adenovirus 5. They did not make more T cells after vaccination, and did not make more ‘activated’ T cells — those specifically targeted by HIV — than those who had no previous exposure to the cold virus. “The bottom line is that, immunologically, there do not appear to be any substantial differences” between those who were and were not exposed to adenovirus 5, “so this would not explain the differences in HIV susceptibility seen in the STEP trial” [Nature News], says Michael Betts, lead author of one of the studies.

Although the reason for the vaccine trial’s results remain a mystery, researchers in the field remain optimistic about the lessons it may hold. The STEP study and the ensuing research served as “an important lesson for this field,” said Bernstein. “The mistake was thinking was the trial failed because the candidate failed. We shouldn’t mix up the two. The trial will be a success if we learn something from it, [and] I think that’s turning out to be the case” [The Scientist], said molecular biologist Alan Bernstein. The findings also reopen the door for further HIV vaccine efforts based on similar principles [The Scientist].