Thousands of languages are considered endangered. Preservation requires documenting vocabulary and teaching new speakers before it's too late. 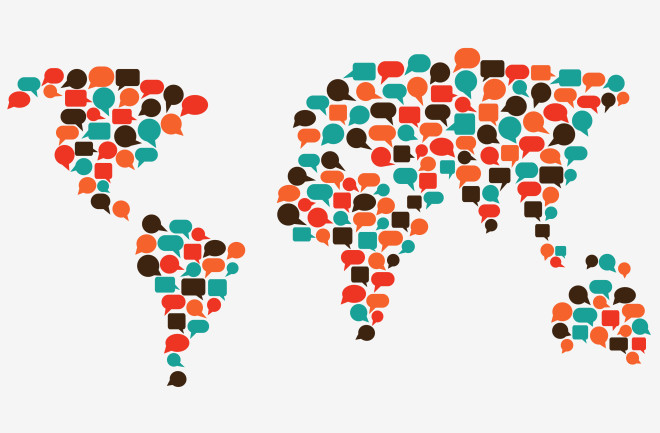 Of the 7,000 languages spoken around the world, over 40 percent are at risk of fading away from regular use. Pressures for certain people to stop using their native tongues have persisted for centuries. And in some cases, they threaten to reduce the number of native speakers down to zero.

As the number of active speakers of a given tongue dwindles, so can understanding about what that language's words and phrases refer to. Faiths, cultural practices and concepts — even names of plants and the habitat needs of wildlife — are often best expressed in a given language. The potential loss of these languages, and all they represent, has motivated many to step up their preservation efforts.

Though people often talk about "revitalizing" a language, forms of speech aren’t animate objects: They can’t slide away on their own. People stop speaking and using languages for a reason, and in some cases, the influence is blunt force — like when colonizers or oppressors actively work to stifle a language.

Genocide, for example, eliminates or reduces the number of speakers of a language tied to the targeted people. During forced assimilation, as well, oppressors often make people stop speaking their native languages. In North America, Europeans explicitly carried out both these kinds of campaigns. White settlers attacked and killed millions of Indigenous peoples while forcing them off their lands, and during the 19th and 20th century, they made Native Americans attend boarding schools where students could only speak English. Some of those U.S. schools operated that way until about 50 years ago.

Today, ongoing mistreatment of Indigenous communities in the U.S. continues to take a toll on Native American languages. With higher rates of chronic health conditions and largely insufficient access to health care, Native communities have been hit particularly hard by the pandemic. The Cherokee Nation, one of many tribes working on boosting their language use, has lost over 30 first-language speakers to COVID-19.

“Language shift, for the most part, comes from a situation of oppression or marginalization that leads individuals to use a language other than the language or languages that they would speak in their communities,” says Gabriela Pérez Báez, a linguist at the University of Oregon who runs the Language Revitalization Lab. Even if there’s no explicit policy meant to reduce the number of people who speak a language, it still might start to fade if people feel their use of anything besides the dominant language is unwelcome.

For example, employers still try and deem work spaces "English only" or go so far as to ban employees from speaking specific languages at work, even though many instances of these policies violate the Civil Rights Act. A survey of English-Language Learning (ELL) educators in Arizona found that the longer someone had been a teacher, the more likely they were to develop a negative opinion of their students’ native languages. And in public, people speaking languages other than English in the U.S. are often harassed.

Aída Walqui and Elsa Billings, researchers with WestEd, an educational research nonprofit, explain how these passive or direct — and almost always racist — forces push people to drop their native language. “Very often, societal pressures to add the dominant language, coupled with the low prestige of the native language, leads to marginalization or even total loss of the native language in favor of English,” they wrote for the Office of Bilingual Education and World Languages.

What To Do About Language Loss

Communities around the world have felt pressures like these for centuries, which is why so many languages are going dormant — and why there are hundreds of active efforts to revive them. A few years ago, Pérez Báez and her colleagues led a survey of 245 language revitalization programs around the globe to learn about how each one operated.

Of all the activities these programs offered, about a third were focused on teaching the language in environments like immersion schools or designated classes. Other initiatives supported different kinds of language development or continuity, like putting a language on TV or online to increase the odds that someone interacts with it more regularly. And programs that collect and store audio or grammatical rules can provide new ways to learn outside conversations with a fluent speaker.

Even short-term efforts can inspire more language use. Pérez Báez helped sponsor free workshops for kids in a community in southern Mexico that speaks Isthmus Zapotec, a language native to that region. The team knew that the monthly programs wouldn’t produce fluent speakers, but the lessons still encouraged kids to ask family members about what they learned, building up their vocabulary as they did so. “[Language] revitalization will manifest itself in a number of different ways, sometimes unexpected,” Pérez Báez says, “and definitely not only in terms of how many new speakers there will be.”

Though boosting the number of speakers might be one revitalization goal, there are other metrics for success. In the survey Pérez Báez and her colleagues sent out, the team asked participants who, if anyone, speaks the language that program's revival effort was focused on. Just over 30 percent of respondents said adults and children participated to some degree. Some intervention efforts were strictly preventative and meant to keep the majority of the community speaking the language in the future. “There's a very clear understanding that the earlier you catch the concerns and the possible risks the better, in terms of being effective at reversing language shift,” Pérez Báez says.

Though communities can help reverse a language's decline, the original pressures that made the language less common in the first place may still exist. Healthcare settings, for example, often make it difficult for people to use their own language — which can then negatively impact their treatment. In Australia, poor communications between medical staff and Aboriginal patients has led to procedures without fully-informed consent and delayed care.

Schools often dismiss or discourage the use of non-dominant languages, too. Up through the 1980s, Brazil banned classes taught in anything besides Portuguese. In the U.S., Arizona still requires that students learning English exclusively use the new language, despite research showing that U.S. students in bilingual education programs actually do better on tests examining their English proficiencies than students in English-only classes.

But that doesn't mean that all is lost: Efforts to welcome linguistic diversity and help speakers grow or maintain their community do work. The Maori language indigenous to New Zealand, for example, has seen the number of speakers skyrocket in recent decades. And, as Pérez Báez explains, many communities have rejected the idea of language “extinction” — a phrase that can erase those who might still speak it and implies there’s no chance of it ever coming back. Instead, a sleep metaphor could be a better fit. “Dormancy might mean lack of activity, but there's an awakening period and awakening possibilities.”