Milky Way Galaxy Formed By Colliding with ... A Sausage

Talk about a galactic shake-up. 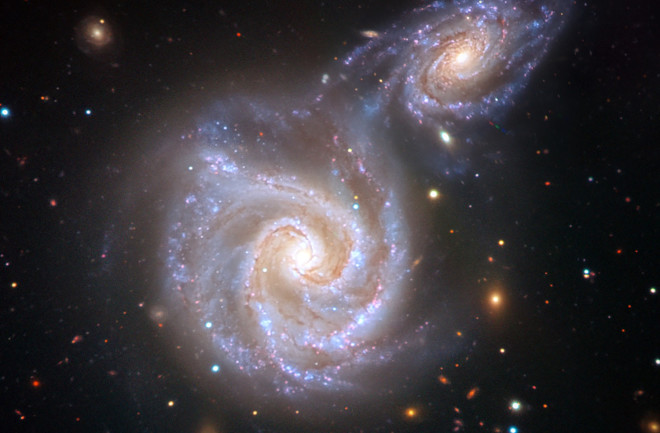 There’s still a lot we don’t know about galaxies. Just this year, we learned our own Milky Way was shaped in large part by a collision with the smaller Sausage galaxy about 9 billion years ago. According to papers in the Monthly Notices of the Royal Astronomical Society and The Astrophysical Journal Letters, the cosmic crash destroyed the Sausage and helped create the Milky Way’s outer fringes and central bulge.

Separate research divulged how those bulges form in other galaxies. A galaxy’s central bump comes in one of two types, and astronomers believed different causes were behind them. But a June paper in Astronomy & Astrophysics suggests both types are the result of a single process of star formation and accumulation, which runs faster in more massive galaxies and slower in lighter ones. Any insights we gain into galactic evolution help us understand what the universe will look like over time, as well as our own galaxy’s ultimate fate.