Milestones for the Tevatron and LHC 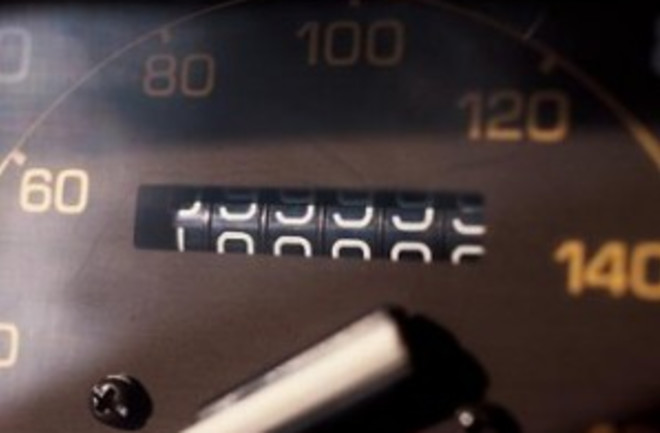 This past week saw two big milestones for the two big operating high energy particle colliders in the world. At these machines, we measure the number of collisions with the rather arcane unit of "inverse barns", which is essentially a measure of inverse cross sectional area. It's just like if you are throwing darts at a dart board across the room with your eyes closed: the bigger the dart board, the more likely you are to hit it, and the more darts you throw, the more hits you get.

The term “barn” came from the early days of nuclear physics when Fermi quipped that a nucleus is “as big as a barn.” And so a new physics unit was born: one barn is 10-28 m2, about the size of a big nucleus. At the Tevatron at Fermilab, we’ve just crossed over 10.0 inverse femtobarns of integrated luminosity, after over ten years of operation in what we call Run 2 of the Tevatron. At the LHC at CERN, we just saw the integrated luminosity counter roll over to 1.000 inverse femtobarns. It’s kind of like the difference between your 10-year old car rolling over to 100,000 miles, and your new year-old car rolling over to 10,000 miles.

Our old car, the Tevatron, has taken us on quite a ride this past decade. I'll push the analogy further, though, and say that it's been like driving across the Great Plains. We kept hoping to see mountains, but it's been flatland the whole way. Though we've looked very hard, we just have not turned up any sign of new physics at this incredible machine, despite the recent excitement. The present schedule is that the Tevatron will collide its last proton and antiproton at 2:00 pm on September 30 of this year. We're tradin' her in.

With our new car, the LHC, expect to see the mountains very soon, and in fact we reached this amount of data far sooner than I would have predicted at the beginning of the year. Last year, starting in March and eventually stopping in early November, the LHC delivered 0.04 inverse femtobarns, 25 times less than the sample we have now. But that was the first good chunk of physics data, and an army of data-hungry students, postdocs, lab scientists and professors analyzed it frantically over the winter, publishing a huge torrent of papers in the spring as the LHC really started to hit the gas. (Okay, perhaps the analogy is stretching to the breaking point here.)

So are the white things on the horizon we are starting to see the snow-capped peaks we have hoped for, or just clouds? We'll soon know, and this is bound to be a summer to remember in the history of particle physics, unlike any time since the "November Revolution" of 1974, when the charm quark and the tau lepton made their appearance at the Stanford Linear Accelerator and Brookhaven National Lab.

After the November Revolution, with the third generation of quarks and leptons established, the Standard Model took solid form: there soon followed the discovery of the bottom quark at Fermilab in 1977, the gluon at DESY in Hamburg in 1979, and the W and Z bosons at CERN in 1982. The hunt for the top quark and the Higgs boson, and whatever might lie beyond, was on.

But it took another thirteen years to find the top quark, and in 1995, the CDF and D0 experiments did just that at the Tevatron. It was clear as a bell, and surprisingly massive, weighing in at nearly the mass of a gold atom at 175 GeV. With the precise measurements of the W and Z from CERN it soon became clear that the Higgs might just lie within reach of the Tevatron, which could discover it before the LHC could be completed. (The SSC had been cancelled in 1993 in a budget climate eerily like our own.)

And so Run 2 of the Tevatron began in 2001 after major upgrades to both experiments. Slow at first, the accelerator luminosity steadily increased, and the physics flowed, with better and better measurements of the top quark and W boson, and searches for the Higgs and a host of other hypothetical particles. Two years ago the Tevatron experiments finally reached the level where, combined, the data from CDF and D0 ruled out the HIggs boson if its mass were twice that of the W boson, 160 GeV. But no sign of any new particles.

The data from the LHC in 2010 was not sufficient to improve upon this Higgs search result. In a wide swath of other physics studies, however, the LHC is surpassing the Tevatron. Basically, the LHC should be viewed as a gluon collider: a gluon in one incoming proton collides with a gluon from another, producing whatever gluons produce when they do this, which is anything that is strongly interacting (that is, feels the strong nuclear force). Even with over a factor of a hundred less integrated luminosity, the LHC can do far more than the Tevatron due to the LHC's higher energy. But at the LHC as well, last year, there was no sign of new physics.

In the coming weeks, though, with the huge new data set, the LHC will blow past the Tevatron in nearly every category except in the search for the low mass Higgs boson, where there truly still is a race. There are two big conferences coming up at the end of July, in Boston and Grenoble, France, at which we can expect the announcements of any discoveries made by the LHC experiments CMS and ATLAS...or by the Tevatron. Fasten your seat belts!