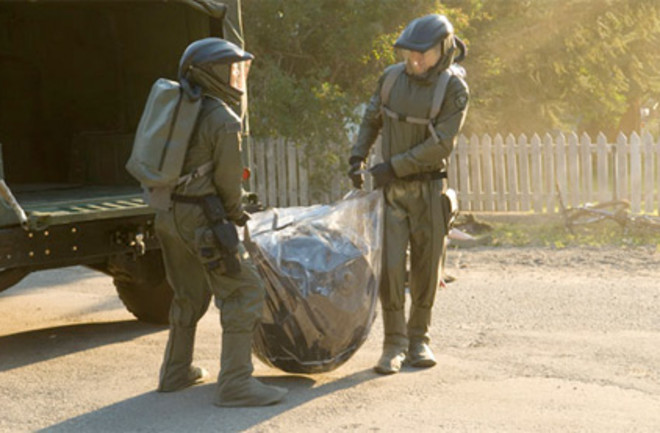 Science Not Fiction was saddened to learn of the death of Michael Crichton yesterday. His 1969 novel, The Andromeda Strain, alone would have been enough to make him a science fiction legend, but he turned out string of taut technothrillers, even equalling The Andromeda Strain's iconic status with 1990's Jurassic Park. His greatest strength was in his ability to imbue his novels with a sense of authenticity; The Andromeda Strain was littered with realistic screenshots and computer printouts and came with a detailed (and entirely fictional) bibliography. Jurassic Park has become the cultural point of reference for discussions about biotechnology, cloning and genetic engineering. If Crichton had a weakness, it was his fondness for the theme which repeats over and over in his novels: technological hubris. Some advanced technology is confidently promoted by scientists as progress toward a better world. Unexpected side effects or interactions that the scientists overlooked in their dash to the future manifest themselves, and things get pretty messy from that point on (and to be fair, usually a really fun read.) But each time, it is implied that anyone who is not an overreaching scientist or an idiot would have known to leave well enough alone. In real life though, it's not so easy to make that call. First, the hard truth is that every technology is something of a faustian bargain, that every technology ushers in the unexpected, for good and ill. This has been true for a long time: Socrates railed against the introduction of writing because of the damage it wreaked upon oral traditions. More recently, think of the cell phone. Being able to make a phone call almost anywhere at anytime certainly has its advantages, but also its disadvantages as some people find it impossible to take a break from work or their social whirl. Second, any mature, reliable, technology today is mature and reliable only because people have learned from a mountain of failures, some of which have been known to have pretty high body counts attached. Take the airplane. It's about the safest way to travel long distances -- now that we know about things like how metal fatigue damages jet planes, a lesson learned the hard way thanks to the in-flight disintegration of two de Havilland Comets. Progress always occurs against a backdrop of failure. So sure, a few people might get eaten by dinosaurs. But Crichton never fast forwarded a decade or two, where there'd be a new dinosaur theme park—one with security systems that can't be silently turned off by a single person and featuring creatures that are surgically neutered. Still, even though I'll always take his warnings against hubris with a big pinch of salt, I will always enjoy his books, and be grateful to him for providing a vocabulary and frame of reference to discuss some of the real risks of modern technology. Image: Screenshot from A&E's television version of The Andromeda Strain.