Medical Ethics: "When a Dying Patient Confesses to Murder" 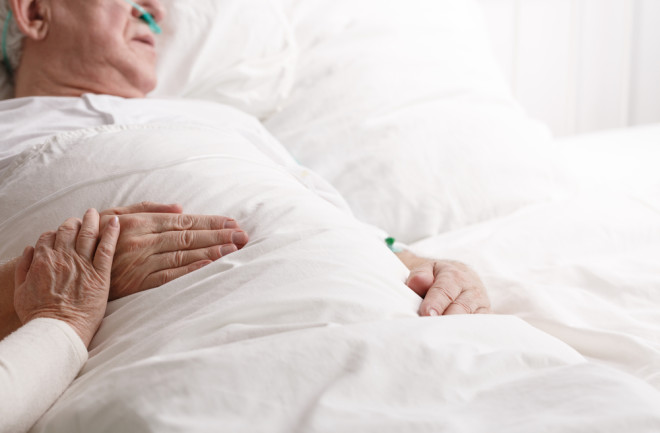 What should a doctor do if a dying patient confesses to killing people decades ago? This is the question posed by a fascinating case report in the Journal of Clinical Ethics, from New Zealand-based authors Laura Tincknell and colleagues.

The facts of the case are fairly straightforward. A 70-year old man with advanced cancer was expected to die imminently and was admitted to a hospital pallative care ward in severe pain. While being assessed by a junior doctor, the man expressed a wish to talk about “his life and some of the choices he had made”.

After being assured that what he said would be kept confidential, patient reported that he had been involved with gangs in his youth, and that he had murdered ‘several people’ in contract killings. According to Tincknell et al., “he thought the bodies of some these people may not have been found.” The patient expressed guilt over what he had done, and said that he had spent the last 40 years of his life trying to atone for his crimes.

The confession seemed to be a great relief to the patient, whose condition and pain levels improved significantly. Although he declined consent for the doctors to share what he had told them, the patient did promise to write down a letter with the information, “to be given to the police after his death.” He died six weeks later in another facility; whether the letter was ever written is unknown.

This case clearly raises questions over medical ethics, confidentiality, and justice. The consensus of the authors, who include a medical ethicist and a lawyer as well as a pallative-care specialist, is that it would have been both unethical and illegal to breach the patient’s confidentiality during his life.

The accepted norms of medical confidentiality are that information can only be disclosed without consent if this is necessary to prevent harm to the patient or others. In this case, the patient’s crimes took place decades ago, and in his condition he was hardly likely to repeat them. Therefore, breaching confidentiality and sharing the information e.g. with the police, could not prevent harm.

Tincknell et al. go on to discuss whether it would still be wrong to share the information once the patient had died. The bioethicist states that postmortem disclosure would be “ethically permissible.” The lawyer gives a mixed verdict: she says that a court would “probably” conclude that the original legal obligation of confidentality remained even after death, but that the disclosure could be justifiable on grounds of the public interest (e.g. by assisting the investigation of cold cases).

It seems that the doctors did, in the end, tell the police about the patient’s confession, after his death – at least I assume this is what the lawyer means by “The team was permitted, but not obliged, to disclose. The discretion was exercised.”

In my view this is a truly compelling case. One aspect that Tincknell et al. don’t consider is the possibility of a false confession. Their discussion is based on the assumption that the patient really was a murderer. However, sometimes people confess to crimes that they did not commit. While the psychology of the phenomenon is unclear, spontaneous false confessions are known to occur, even in murder cases.

I’m not saying that I find it likely that this patient’s confession was false. However, the possibility exists, and I think it’s relevant to the ethical questions in the case. Consider the view that since the patient is a murderer (and one who escaped justice), he has forfeited any right to confidentiality. This view might be appealing to many people, but if the patient might not in fact be a murderer, I think the case for respecting his confidentiality is strengthened.

P.S. Many thanks to @Dragons_trainer and @ENHolly for sending me the PDF of this paper!