What does a cosmologist read when he's not mapping the universe? 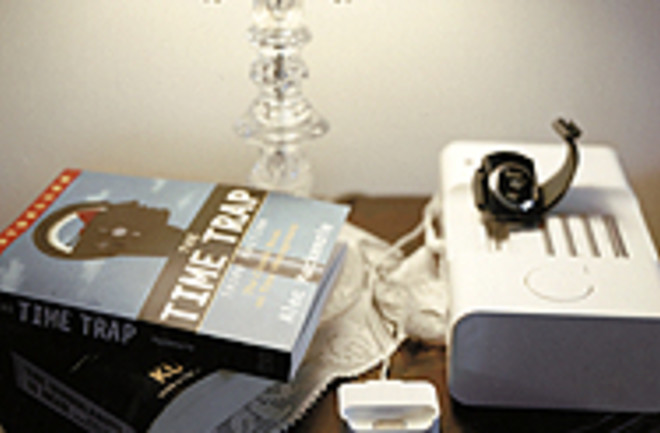 What do your private spaces say about you? University of Texas at Austin psychologist Sam Gosling wants to put a guest book in his medicine cabinet to surprise snoopers—but he won’t hold their nosiness against them. Gosling, author of the new book Snoop: What Your Stuff Says About You (Basic Books, $25), has spent the past 10 years developing a science of predictive snooping. He can tell whom you vote for (it’s in the sports decor, not the art supplies); he knows if you are actually tidy or just shove things into drawers right before a guest arrives.

We sent Gosling photographs of MIT cosmologist Max Tegmark’s bedroom and nightstand without telling him whose it was.

So, Dr. Gosling, what do you see?This looks like a creative person—imaginative, unusual, somebody who might be pushing the boundaries. He values the past but not at the expense of being forward-thinking and modern and hip. I’m like 95 percent sure it’s a guy. Is that true?

Yes. How can you tell all this?The type of decor and the sophisticated sense of aesthetics tell me that this person is probably quite high on the trait of openness to experiences. That’s one of the easiest things to pick up in most people’s spaces normally. The style is rooted in history, but that book—and the iPod dock and the clock and the watch—are sort of modern. It’s a clean, sparse room, which indicates high conscientiousness—somebody who gets things done, thinks ahead, is focused. But he is a bit impulsive: The books are kind of plunked down, not put there carefully; the cloth that the lamp is sitting on is a little bit ruffled.

If he’s a scientist, what kind of theories does he come up with?Visionary, I would say. Unconventional.

- The Singularity Is Near: When Humans Transcend Biology by Ray Kurzweil. “He’s pushing this idea that within decades, computers will be smarter than us,” Tegmark says.-Snore Stopper, a gadget that gives your wrist a mild electric shock when it detects snoring (“My wife, Angelica, and the kids love to make snoring sounds when I’m wearing it just to zap me on purpose.”)-An iPod dock and a clock radio-The Time Trap by Alec Mackenzie