The sacred belief that finely ground espresso beans are supreme doesn't hold up to scientific testing. 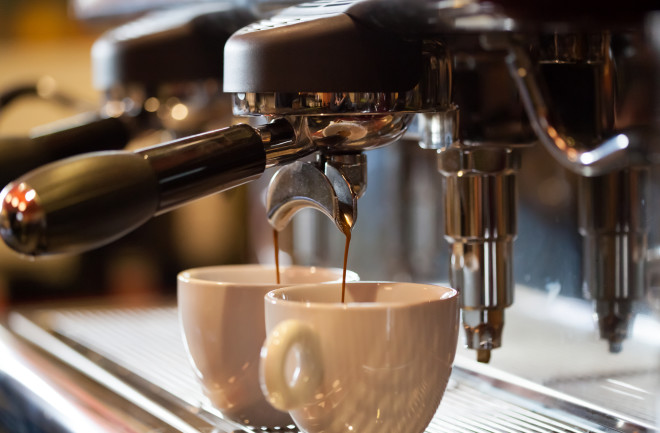 If the Americano or latte from your favorite coffee shop tasted a bit off this morning, don’t jump to blaming it on the barista. There may be a more complex explanation for your disappointing beverage.

Inconsistent espresso pulling (coffee-shop slang for making espresso) has long been a mystery in the coffee industry. Even among the most skilled baristas, some shot-to-shot variation is a given.

Now, a team of researchers — which included baristas and roasters — used math to help solve this coffee conundrum. They linked inconsistencies in espresso flavor to grind size, challenging a popular belief in the industry that finely ground beans make better coffee.

According to their work, published in the journal Matter, a coarser grind and fewer beans results in espresso that’s more consistent in taste and packs just as much punch.

And these changes go beyond taste, the researchers say. Implementing these modifications can help baristas brew espresso shots faster while cutting down on coffee waste.

An espresso machine relies on a pressure pump to force water that’s near boiling through a "puck" of ground coffee and a filter, producing a thick and concentrated coffee known as espresso.

Most coffee shops use extra-fine grind settings and a large amount of coffee — around 20 grams — to brew a single shot of espresso. It’s thought that using a fine grind exposes more of the coffee’s surface area to water, which should increase extraction yield, a measure of the amount of coffee that actually dissolves and ends up in the final beverage. While this industry practice sounds good in theory, the researchers found that it leaves a lot of room for variation that can affect taste.

According to study author Christopher Hendon, a computational chemist at the University of Oregon (and who has sidelined as a competitive barista), most coffee shops aim for an extraction yield that's between 17 to 23 percent. Lower extraction yields taste sour, while higher yields are too bitter.

In this study, the team developed a mathematical model and brewed thousands of espresso shots to pinpoint the variables required to achieve coffee with consistent extraction yields. They discovered that when beans are ground too fine, it can gum up the espresso machine and impact the taste of the final product.

“Clogging is happening when you over-grind. So, you can imagine if you’ve got a very finely ground coffee, when you turn the [pressure] pump on, all of the very fine bits are swept along with the water, and they all kind of clog up,” said study author Jamie Foster, a mathematician at the University of Portsmouth in the U.K. “This is what leads to that inefficient extraction that we’re referring to. And that clogging process is very random and hard to predict.”

In other words, using a coarser grind and reducing the amount of coffee per shot leaves some extra room in the coffee bed, leading to a fuller, more even brewing process.

And don't worry about your caffeine boost. A slightly coarser grind and around 15 or 16 grams per shot is just as potent as the standard fine-grained 20-gram espresso shot, Hendon said. These changes can also result in very fast shots of less than 15 seconds, which is less than the standard 20 to 30 seconds it takes to brew a serving of espresso.

But, a word of caution: Coffee that’s too coarse can be just as problematic as coffee that’s too fine. The grind size adjustments recommended in this study are so slight they would be undetectable to the naked eye.

“It would be an unpleasant experience trying to brew espresso using a French press grind setting, (it would) explode out of the group head in a matter of seconds” explained the paper’s lead author Michael Cameron in an email. “Instead, we’re saying you’d need to grind slightly coarser than you typically would for espresso.”

Cameron, a barista and special projects manager at ST. ALi cafe in Australia, explained that the economic impact of these findings cannot be understated — especially for local, independent coffee shops. Using fewer grounds per shot could result in a savings of several thousand dollars a year for a coffee shop, he says.

When asked about the impact of this work, Hendon said he’s “pretty confident this is going to change the way people think about making espresso.” But the last thing the researchers want is to take the creativity out of brewing coffee.

“I think one of the beautiful things about the industry, and why people like coffee so much, is because there’s a human component you can’t remove,” Hendon said. “All we want to show is the scientific component that allows one person to make decisions about flavor and translate that flavor to you every single time. The science is a critical supporting actor in the coffee industry.”