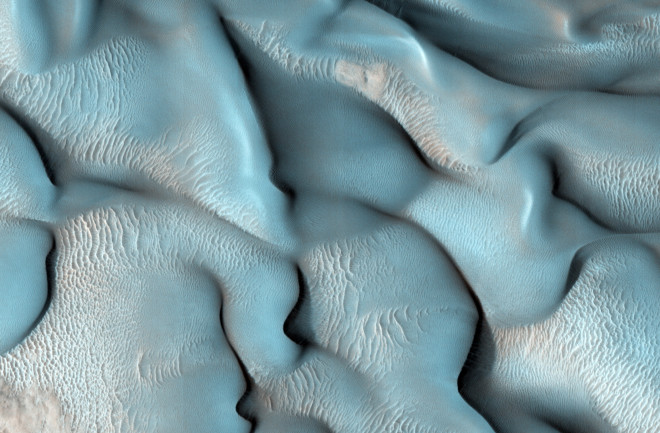 Earth isn’t the only place with blustery days. Mars also experiences gale-force winds that blow up to 60 mph, forming sand dunes that resemble those on our home planet. This photo, by the HiRISE camera on NASA’s Mars Reconnaissance Orbiter, shows a field spanning 1 kilometer of wind-carved ripples in the Red Planet’s northern mid-latitudes. To reveal greater detail, the image was rendered in blue. Researchers compared this photograph with images taken four years earlier at the same site, one of more than 60 NASA is studying. The images will help scientists understand how wind changes the terrain over time.