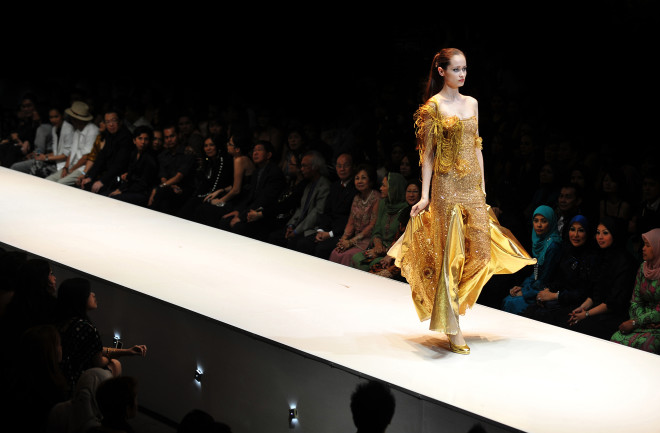 Among designers and clothing brands, the general consensus has always been that the world’s great centers of fashion were New York, London, Paris and Milan. Each year, the world’s leading designers would show off their wares in these places and the colors, patterns and styles would spread around the world from there.

But in recent years, other centers have emerged in Sydney, Moscow, Rio de Janeiro, Jakarta and numerous other places. The fashion world has become multipolar. And that raises the interesting question of how influential these places have become and how fashions now spread around the world.

Today, we get an answer thanks to the work of Ziad Al-Halah at the University of Texas at Austin and Kristen Grauman at Facebook AI Research. This pair have taught a machine vision algorithm to recognize new fashions and then use it to look for these styles in a global database of geotagged images.

This process is hugely revealing. It shows when each style first appeared and how it spread around the world. The results uncover a previously unknown complexity in the way different cities and countries influence the way fashion evolves, and even predicts how styles will spread in the future.

An Eye for Style

The researchers begin by training a machine vision algorithm to recognize the style of clothing in images. The machine learns to recognize the color, pattern, style garment type and so on for an outfit, and in this way learns 50 different fashion styles.

Next, Al-Halah and Grauman let this algorithm loose on a vast database of geotagged images posted to Instagram and Flickr. This dataset contains 7.7 million pictures showing people from 44 cities around the world between July 2013 and May 2016. The algorithm then spots when and where each style first emerged and how it spread from there around the world.

The results reveal a complex pattern of influence between cities. Al-Halah and Grauman calculate the degree to which one city influences another and plot the results on chord diagrams that record these connections. “Our results shed light on the spatio-temporal migration of fashion trends across the world — revealing which cities are exerting and receiving more influence on others, which most affect global trends, which contribute to the prominence of a given style, and how a city’s degree of influence has itself changed over time,” they say.

The process uncovers a number of significant patterns. For example, the researchers say a few fashion hubs, such as Paris and Berlin, exert influence on multiple cities while being influenced by only one or two other cities. Some cities, like London and Seattle, act as focal points for fashion styles by both receiving and exerting influence simultaneously. And they add that other cities, like Seoul and Osaka, have a high net influence, suggesting they have some unique fashion styles not influenced by other cities.

Al-Halah and Grauman go on to reveal that some cities seem to act in concert by influencing the same set of styles. “For example, Chicago, Vancouver and Toronto constitute a team since they seem to be influencing similar sets of visual styles.”

The influence of cities also changes over time. “While some cities like London and Rio maintain a steady influence score through time, others like Austin and Johannesburg demonstrate a positive trend and are gaining more influence,” say the researchers.

That’s interesting work. “Our findings hint at how computer vision can help democratize our understanding of fashion influence, sometimes challenging common perceptions about what parts of the world are driving fashion,” conclude Al-Halah and Grauman.

Ultimately these researchers are studying the way ideas and their physical embodiment spread through human society. That’s an approach that could extend beyond fashion to product design, to modern art and even to science more generally — provided good databases are available to allow this kind of work. There’s plenty more where this came from!

Ref: From Paris to Berlin: Discovering Fashion Style Influences Around the World . arxiv.org/abs/2004.01316