An unusual set of orbits in the solar system hints at a new planet. 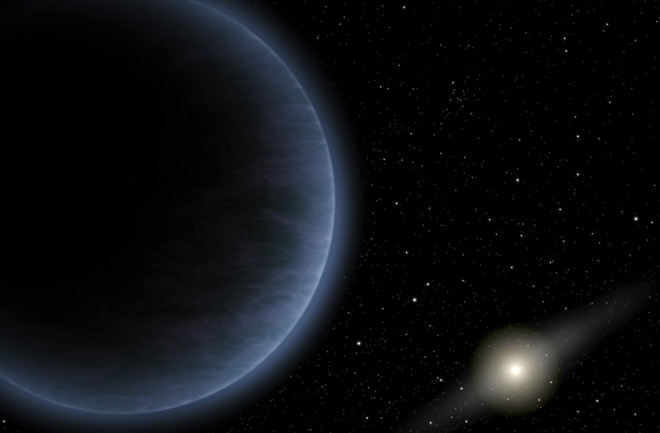 A decade after Pluto’s planetary demotion, the solar system may be back to nine planets. Like an unseen spider visibly tugging on a web of gravitational strings, a hidden celestial body is luring distant space rocks into clusters of orbits too conspicuous to ignore.

At first, Caltech astronomers Mike Brown and Konstantin Batygin thought their theory, published in January, was little more than a cute math trick: They calculated that a planet, a “mini-Neptune” with an elongated orbit, could explain why some objects beyond Neptune seem oddly grouped in space. But Brown is well aware of the historical context surrounding his tall claim and the skepticism that should accompany it. Even though mathematicians announced evidence for Neptune before its 1846 discovery, many more assertions of hidden planets have fallen short. “Since 1845, every time anybody looks up in the sky and sees something they don’t understand, they say it’s a planet,” Brown says. “And they’re always wrong.”

An unusual set of orbits in the distant solar system suggested the gravitational influence of an unseen major planet. | Caltech/R. Hurt(IPAC)/Worldwide Telescope

Yet Brown and Batygin’s planet model kept making strange predictions that were borne out by the evidence and difficult to explain by any other cause. Planet Nine suddenly seemed not cute, but incontrovertible. So where’s our new planet?

After their first announcement in The Astronomical Journal, Brown and Batygin released a paper in March telling other astronomers where to look for the world. They have a good idea of how the planet orbits, but not where on that path it may be right now. Its gravitational influence hints at a size around 10 times Earth’s mass, Brown says, putting it firmly within reach of earthly telescopes.