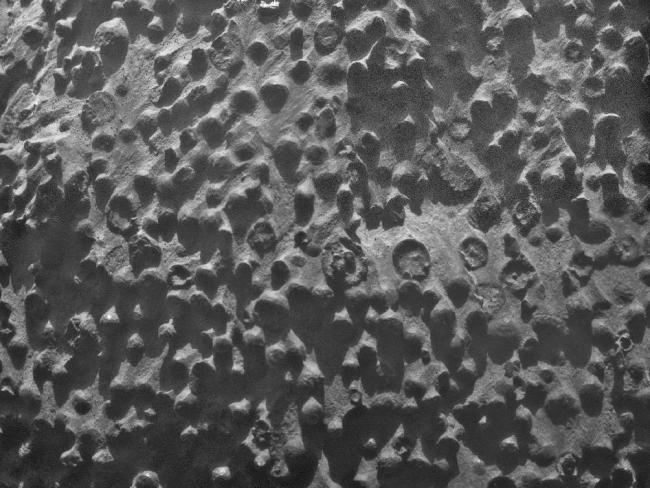 Well, they're not blueberries. That's about as close as NASA comes to describing these bumps that the Opportunity rover has photographed from the Western rim of Mars' Endeavor Crater. In 2004, soon after the rover arrived on the Red Planet, it encountered iron rich orbs (nicknamed blueberries) in the Victoria Cater that scientists cite as evidence for water in Mars' past

. After a preliminary analysis, the researchers found that these new Martian goosebumps, each about 3 millimeters wide, have a very different composition

. In a press release

, Opportunity's principal investigator Steve Squyres described the newfound formations as "crunchy on the outside, and softer in the middle

" and said that they are considering multiple hypotheses about what these bumps might mean. For now, however, how they were formed---and what they might reveal---remains a mystery.