Oceans and a temperate climate, what's not to love? 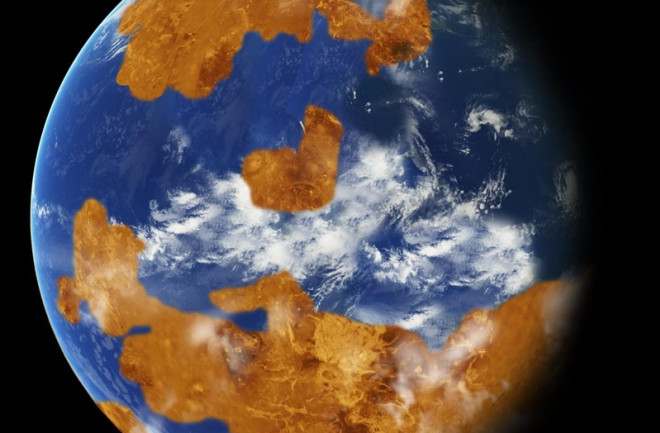 Four billion years ago, Venus had as much water as Earth. (Credit: NASA)

It’s hard to imagine now, but hellish Venus may once have had balmy temperatures and shallow seas. Even with Venus’ much slower rotation rate, it may have even looked a whole lot like Earth.

Of course, that’s gone now. In a paper published in Geophysical Research Letters, researchers were able to make the Venus of old come alive by using climate modelling software to reconstruct the Venus of the past. Instead of a world surrounded by a thick, toxic fog that inhibits the planet with scorching temperatures, the model found a world surrounded by seas with a temperate climate.

The oceanous planet lasted roughly 2 billion years, which may have been enough time for some lifeforms to emerge. However, Venus’ proximity to the sun eventually led to the breakdown of the ocean and the escape of hydrogen from the atmosphere, with the oxygen left behind bonding with carbon and creating the hellish planet seen today.

Still, some features on Venus correspond to what may have been the seabed of this shallow sea, as seen by the Pioneer Venus missions. The new study from NASA’s Goddard Institute for Space Studies may have given some credence to the theory, but studying it in the future in the same way as we’ve done with the Curiosity rover on Mars may be too hard on Venus. The last lander on Venus lasted just 56 minutes before it could no longer take the heat.