From Archimedes to Galileo, here are some fun facts you might not have known about these scientists. 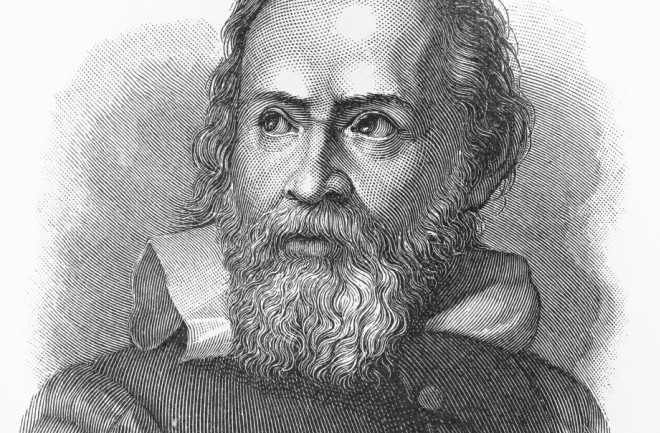 You are probably familiar with the names of these historical scientific figures and their well-known discoveries. But you may not know how much more there is to these geniuses and their work that still holds relevance today. Let’s take a look at what else they did.

Archimedes is best associated with the discovery of water displacement, known as the Archimedes Principle: When an object is put in water, it pushes (displaces) water to make room. This is done in an equal amount of volume to the object. But there’s a lot more to the man considered to be one of the greatest scientists of all time. He invented the Archimedes Claw or “iron hand” to defend the Sicilian city of Syracuse from naval attack. His “Archimedes Screw” was a type of water pumping system that can still be found in use today. And although he didn’t invent the first lever or pully, he advanced the system and wrote about it in his famous “Law of the Lever.” He also calculated Pi to the closest accurate value, as well as figured out the way to calculate the area of a circle. His work led to the advancement of the field of hydrostatics and calculus.

Galileo Galilei is considered by many to be the father of modern science thanks to his contributions to astronomy, physics, cosmology, and more. Although he didn’t invent the telescope, he created an improved version of the spyglass, which increased magnification. His version of a telescope (made in 1609) was so effective that it led to his greatest discoveries. Galileo was the first person in history to record sky observations using a telescope. He discovered that Jupiter had moons; that the Milky Way wasn’t simply a band of light, but was comprised of individual stars; the phases of Venus; and that the Moon’s surface wasn’t smooth—but actually had craters and mountains. His discoveries helped to prove that the Sun, not the Earth was the center of the Solar System, and he supported the Heliocentric model. Galileo is also credited with designing the first pendulum clock.

Of course, we know Leonardo da Vinci is the artist behind The Last Supper and the Mona Lisa. His painting Salvatore Mundi was rediscovered in the mid-2000s. The painting’s authentication was and remains a controversial issue, yet it set a record for the world’s most expensive piece of art when it sold for $450 million in 2017. But this Renaissance painter had wide-ranging skills and talents, rendering him a polymath. He was an architect, draftsman, engineer, inventor and sculptor. Because his inventions were centuries ahead of their time, they didn’t come to fruition in his lifetime — but several of his contraptions are reflected in today’s world. These include the parachute, diving suit, machine gun and armored car/tank. His ideas, sketches, notes and findings were kept in his famous notebooks. One of his notebooks (written1506-1510) is owned by Bill Gates, purchased for almost $32 million

Leonardo Fibonacci is considered the greatest Western mathematician of the Middle Ages. He’s known for his Fibonacci sequence — when the two previous numbers are added together to determine the next number in the sequence. The numerical pattern it creates is found extensively in nature — including pinecones, honeycombs, flowers, and hurricanes. What’s not common knowledge is that he’s responsible for introducing the Hindu-Arabic number system to Europe. He learned of the system, which utilized the numbers 0 through 9, when he was educated in Algeria. At the time, Europe used Roman numerals as their system and needed abacuses for calculations. While Fibonacci saw the superior utility in the Hindu-Arabic system and the related decimal system, Italians and (The Church) viewed it with suspicion. But eventually, the Europeans got on board and it became the method used around the world. Fibonacci also created the horizontal bar used in fractions. Check out this video of the Fibonacci sequence as part of the natural world.

Pythagoras was an ancient Greek philosopher who is also known for his major contribution to mathematics: The Pythagorean theorem, commonly known as A2 + B2 = C3. When there is a right-angled triangle, the square of the hypotenuse is equal to the sum of the squares of the other two sides. Pythagoras saw math everywhere, including in music, and he was responsible for developing the foundations of musical tuning. He discovered the concept that came to be known as harmonic series. The series is an element of physics related to frequencies and waves. Pythagoras is responsible for the way instruments are still tuned today.

Pythagoras was quite an influencer of his time and had a large following. He founded a philosophical community in Croton, where his devotees lived and pursued wisdom. The community included female philosophers, which was not common at this time.