LHC Won't Be Back Online Until Spring of 2009 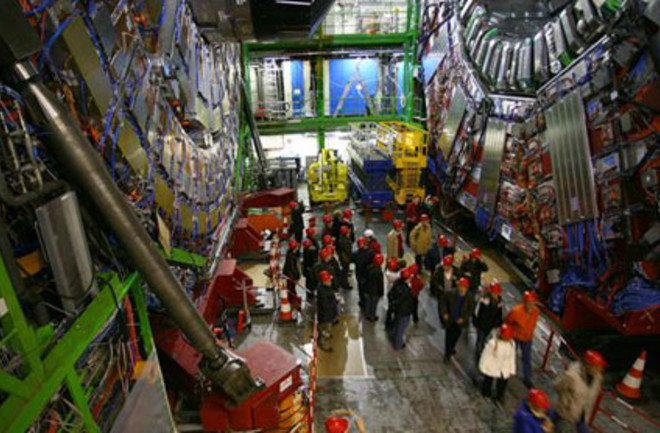 The accident that brought the Large Hadron Collider‘s particle-smashing experiments to a screeching halt on Friday will keep the collider out of action until spring 2009, officials at CERN announced today. A preliminary inquiry has revealed that it will take two months to fix the problem and restore operating conditions, and the LHC was already scheduled to shut down in the winter to reduce electrical costs.

Says CERN spokesman James Gillies: “We are not going to be done with this before the winter shutdown, so there will be no more beam in the LHC this year…. The winter shutdown will go according to schedule, which means that we start up the accelerator complex in the spring months” [AP].

Physicists and physics fans were disappointed that the LHC’s big moment, when it first smashes two streams of subatomic particles into each other, will be delayed for months; researchers had previously hoped it would occur this week. Robert Aymar, director general of CERN, said: “Coming immediately after the very successful start of LHC operation on 10 September, this is undoubtedly a psychological blow. Nevertheless, the success of the LHC’s first operation with beam is testimony to years of painstaking preparation and the skill of the teams involved in building and running CERN’s accelerator complex. I have no doubt that we will overcome this setback with the same degree of rigour and application” [The Times].

Friday’s problem occurred when the electrical connection between two superconductor magnets shorted out. A ton of liquid helium, used to keep the magnets chilled to near zero on the Kelvin scale, then leaked into one sector of the LHC’s tunnel, which caused the related magnets’ temperature to soar from their operating temperature of 1.9 Kelvin, or -456 Fahrenheit, to as much as -276 Fahrenheit. To repair the problems, the LHC sector will first have to be gradually warmed up to room temperature, which will take about a month; following the repair, it will also take a month to cool the system back down.