LHC Collisions to Commence Next Week...Hopefully 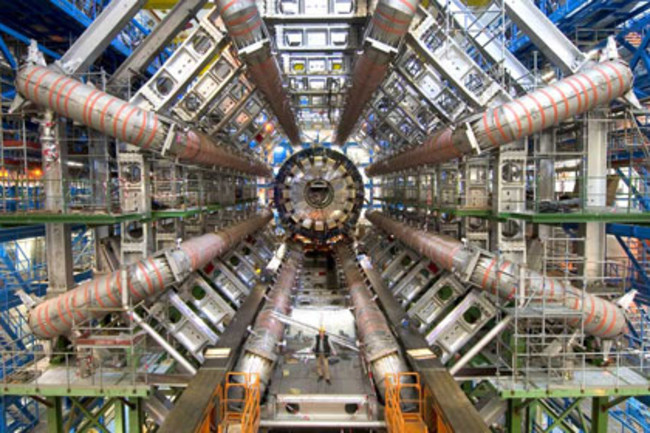 The collisions are coming! The collisions are coming! Yes, CERN scientists opened the bubbly last Wednesday after their first successful tests of the Large Hadron Collider's particle-firing parts. But none of those secrets-of-the-universe-revealing proton collisions have actually happened yet. Never fear, LHC chief Lyn Evans told The Telegraph—next week could be the week. Initially, the scientists planned to let about a month lapse between the initial firing of the beams and the first collisions. But Evans says things have been moving fast. There was a setback this week—thunderstorms temporarily cut power to the cryogenic units that keeps the collider's parts extra, extra cold. The problem has been fixed, however, and the scientists hope to restart the beam tomorrow. Then, the smashing can commence. The beam will begin at 10 or 20 percent of the LHC's energy potential, and slowly increase in strength. After that, with all the introductory procedures and doomsday naysayers safely behind them, maybe the CERN scientists will actually do some, you know, science. Image: CERN