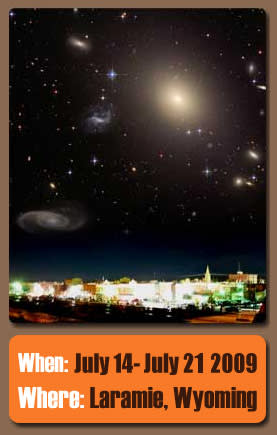 It's run by science fiction author and professional astronomer Mike Brotherton, and it'll be held this year from July 14 - 21. The special lecturer is Joe Haldeman. Yes, that Joe Haldeman. I'll be there too, probably later in the week (I have to be in Vegas for TAM 7 the week before). But I'll be doing some Death from the Skies! talks, probably about asteroid impacts and black holes. Unfortunately the deadline for applications to attend is tomorrow, March 15, so hurry! If you're a professional writer, then you want this. Since it's funded by NASA, the costs to attendees are minimal, too!