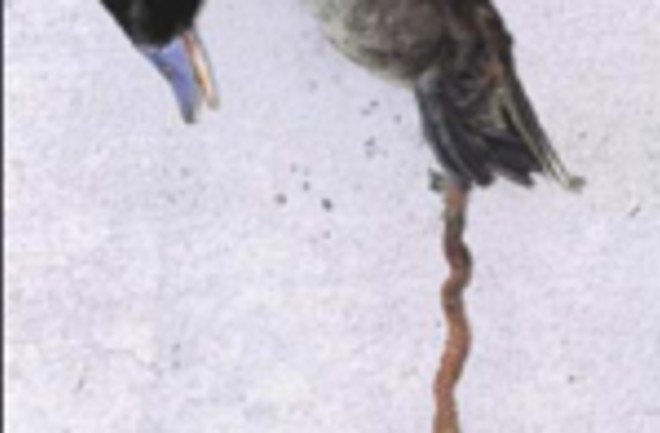 There comes a time in every science writer's career when one must write about glass duck vaginas and explosive duck penises.

That time is now.

To err on the side of caution, I am stuffing the rest of this post below the fold. My tale is rich with deep scientific significance, resplendent with surprising insights into how evolution works, far beyond the banalities of "survival of the fittest," off in a realm of life where sexual selection and sexual conflict work like a pair sculptors drunk on absinthe, transforming biology into forms unimaginable. But this story is also accompanied with video. High-definition, slow-motion duck sex video. And I would imagine that the sight of spiral-shaped penises inflating in less than a third of second might be considered in some quarters to be not exactly safe for work. It's certainly not appropriate for ducklings.

So, if you're ready, join me below the fold.

This story is actually a sequel. Back in 2007, I wrote in the New York Times about the work of Patricia Brennan, a post-doctoral researcher at Yale, and her colleagues on the weirdness of duck genitals. The full story is here. (Brennan also appeared in a Nature documentary, starting at about minute 38:35.)

In brief, Brennan wanted to understand why some ducks have such extravagant penises. Why are they cork-screw shaped? Why do they get so ridiculously long--some cases as long as the duck's entire body? As Brennan dissected duck penises, she began to wonder what the female sexual anatomy looked like. If you have a car like this, she said, what kind of garage do you park it in?

Brennan discovered that female ducks have equally weird reproductive tracts (called oviducts). In many species, they are ornamented with lots of outpockets. And like duck penises, duck oviducts are corkscrew-shaped. But while male duck penises twist clockwise, the female oviduct twists counterclockwise.

Brennan speculated that all this bizarre anatomy is the result of a peculiar form of evolution known as sexual conflict. A strategy that allows females to reproduce the most offspring may not be so good for males, and vice versa. For example, male fruit flies inject their mates with lots of chemicals during sex, and those chemicals make her less receptive to other males, thereby boosting his chances of fathering her eggs. But those chemicals are harsh and will make female flies sick. Females, in turn, have evolved defenses against those chemicals, blunting their effects.

With many examples of sexual conflict in nature, Brennan wondered if sexual conflict between male and female ducks was giving rise to their weird genitals. Female ducks pair off with male partners for the breeding season, but they also get harrassed by other males, sometimes being forced to have sex (and sometimes dying from the attacks). A third of all duck matings are forced.

And yet only 3 percent of the ducklings that female ducks produce come from such forced matings. Brennan speculated that the female ducks can block forced copulations with their mismatched spirals. And they might also be controlling which drake got to fertilize their eggs by socking away the sperm of different mates in different pockets. And the extravagant penises of males might be the result of an evolution around those defenses.

As I reported in 2007, Brennan discovered a pattern that supported this hypothesis. Among 16 species of water fowl, species in which the males grew long phalluses also had females with more turns in their oviduct and more side pockets. The ducks were escalating an arms race, genital for genital.

But Brennan didn't actually know how duck penises actually moved through the labirynthine oviduct, and how the oviduct's shape might affect the drake's delivery of sperm. So she traded calipers and rulers for high-speed video.

Brennan and her colleagues traveled to a California duck farm, where workers are expert at collecting sperm from drakes. The first step in the collection is to get a drake excited by putting a female duck in his cage. The drake climbs on top, and then the penis emerges. Before its emergence, a drake's penis is usually completely hidden from view, tucked inside his body like an inside-out sock. Drakes unfurl their pensises differently than male mammals. In mammals, the penis becomes erect as blood flows into the spongy tissue. Ducks pump lymph fluid instead. And as the fluid enters the penis, it does not simply become engorged. It flips rightside-out.

Here's how it happens, in slow motion. A Muscovy drake everts his penis in about a third of a second, at speeds of 1.6 meters per second.

Of course, drakes don't mate with the air. Having made this video, Brennan still needed a way to see how a duck penis actually performs its appointed task. Unable to film duck penises in a real female oviduct, she built a fake oviduct out of silcone. She then managed to get a drake to mate with it. But the overwhelming force of the explosive penis broke the fake oviduct.

So Brennan turned to glass. Her new fake oviducts were strong enough to handle the drakes, and she started filming. Here's what she saw.

As Brennan had predicted, the counterclockwise turns of an oviduct slow down the expansion of the duck penis, compared to a straight tube or a clockwise one. Brennan suspects that female ducks slow down males trying to force a mating, but they can also let their partner's penis move faster through the oviduct. They have been observed to relax and contract their muscles arond the oviduct.

Female ducks can't stop an unwanted male from delivering his sperm, but the obstacles in their oviducts may give them control over what happens to that sperm. The female ducks may use their oviducts to slow down the expanation of the penis, so that by the time the drake ejaculates, the sperm are delivered in the lower reaches of the oviduct. A female ducks's partner, with her cooperation, can deliver sperm further up the oviduct. With the wanted and unwanted sperm delivered to different places in the oviduct, a female duck may be able to store the sperm in different pockets. And then she can choose which drake will father her duckling. For all the explosiveness male ducks may display, it's the female ducks that get the final say.

[Postscript: I tell Brennan's story in more detail in my new book, The Tangled Bank: An Introduction to Evolution. It opens the chapter on sex--where I show how the same processes that explain these strange genitalia explain many other things in the natural world.]