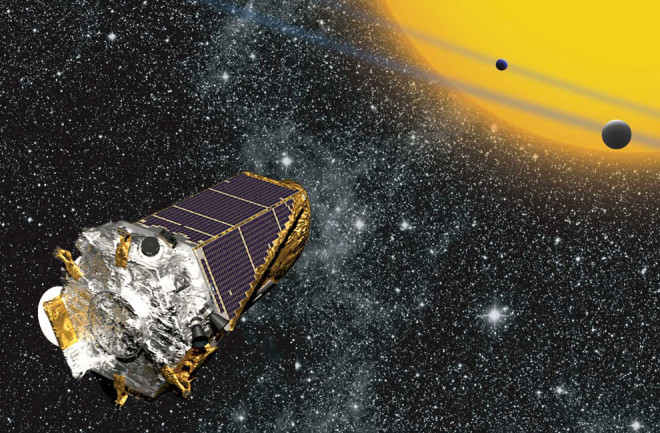 (Credit: NASA) The newest Kepler catalog draws out 219 new planetary candidates and infers that 10 of them may be habitable — doubling the number of planetary candidates in the habitable zone of their star. The Kepler catalog now stands at 2,335 confirmed planets and 4,034 strong candidates. This catalog marks the final results of the first Kepler mission, which stared at the same portion of the sky for three-and-a-half years before a busted reaction wheel forced NASA to pivot the mission to other forms of planet hunting. There were only a small number of newly confirmed planets. The data of the final catalog also suggest that there is a certain point at which super-Earths become more Neptune like, with a jump in mass as planets accumulate. This is why there seems to be so few planets between three and 10 Earth masses. The Kepler telescope looked for planetary transits, when a planet passes in front of its star and causes a slight dip in its light. The original mission took a small sample of the sky in the Cygnus constellation to act as a sort of statistical survey. When a signal is sufficiently strong, it’s considered confirmed. If it can’t quite be confirmed, it’s considered a candidate until further observation can verify a planet there. You can scroll the list of all discovered exoplanets here.