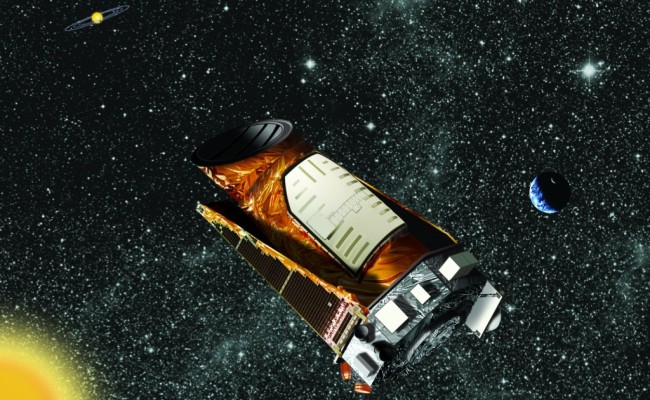 NASA’s Kepler Space Telescope may be down, but it’s not out, and its data collection is the gift that keeps giving. Scientists on Wednesday announced the discovery of 715 new exoplanets. As the largest windfall of validated planets the space agency has ever revealed at one time, it doubles the number of planets known to humanity outside our solar system. All of these planets exist within multi-planet systems similar to our own, and 95 percent are smaller than Neptune. Four are even within the habitable zone, which means they could theoretically support life-giving liquid water on their surfaces. “We’ve been able to open the bottleneck to access the mother lode and deliver to you more than 20 times the planets than had ever been announced previously,” said Jack Lissauer, planetary scientist at NASA Ames Research Center.

Kepler’s latest delivery opens up fresh territory, allowing astronomers to study both individual planets and their configurations within planetary systems. Since Kepler launched in March 2009, it has identified more than 3,600 possible exoplanets, but most have yet to be confirmed — a process that requires further observation of each candidate world. To this point, confirming planets has been a laborious, slow process. However, scientists used a new statistical technique to open the bottleneck and find hundreds of new planets with relative ease. Kepler detects planetary candidates by measuring the brief dimming of a star’s brightness as an object passes in front of it, which is called the transit method. This scientific trick is more than 90 percent accurate, but non-planetary bodies can show up as false positives — like when one star crosses in front of another in a binary system. The new technique, called verification by multiplicity, allowed scientists to weed out instances that couldn’t possibly have been caused by eclipsing stars, eliminating the false-positive problem.

The multiplicity method relies partly on the logic of probability. Distinguishing between a planet orbiting a star and a star orbiting a star is difficult. But when a third body appears in a transit signal, the chance it is another star is less than 1 percent. A trio of orbiting stars likely wouldn’t line up the way Kepler likes, with two stars passing directly in front of the third, blocking its light and creating the dips that Kepler sees. So when astronomers see Keplerian evidence of a third body, they can be almost certain they’ve found more planets. Kepler observed hundreds of stars with multiple planet candidates, and careful study of this sample allowed scientists to verify this next big batch of worlds. “We built upon a lot of past work that has been vetted and reused by the community,” said Sara Seager, professor of Physics and Planetary Science at MIT. “It has a new aspect to it based on probability.” The multiplicity technique will help scientists efficiently pore through the remaining two years of data from Kepler, which will likely yield hundreds more verified exoplanets.