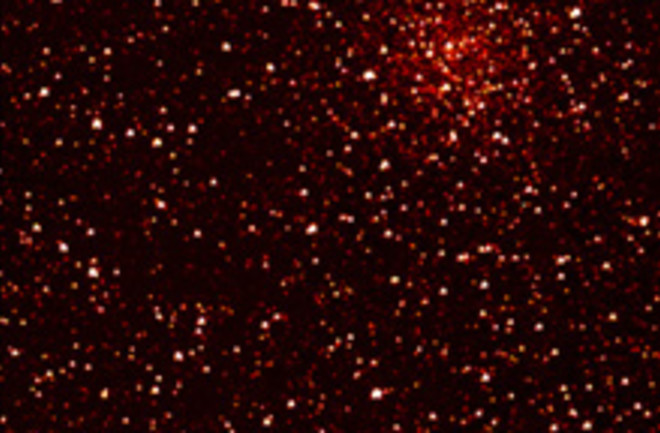 The Kepler space telescope, which was launched in early March, has taken and sent home its firstimages of the region in the galaxy where it will spend the next three years searching for Earth-like planets. The images sent to NASA show a "vast starry field" in the Cygnus-Lyra region of the Milky Way galaxy, according to NASA's Jet Propulsion Laboratory. One image shows millions of stars in the craft's full field of view, while two other images zoom in specific sections of that region [Computerworld]. Kepler's primary mission is to survey stars for regular slight dips in their brightness, a sign that an orbiting planet is blocking the star's light [Nature blog]. Eventually, the craft will measure the stars' brightness every half hour. The telescope is designed to observe the same wide field of stars continuously for the length of its mission, providing astronomers with a record of the changes in brightness of 100,000 stars [Nature blog]. William Borucki, head of NASA's Kepler mission, said, "We expect to find hundreds of planets circling those stars. And for the first time, we can look for Earth-size planets in the habitable zones around other stars like the sun." Kepler is the first space telescope with this capability, thanks to its 95-megapixel camera, the largest ever sent to space [Wired]. Lia LaPiana, Kepler's program executive, said, "Kepler's first glimpse of the sky is awe-inspiring. To be able to see millions of stars in a single snapshot is simply breathtaking" [Computerworld]. Related Content: DISCOVER: How Long Until We Find a Second Earth? 80beats: After a Flawless Launch, Kepler Telescope Gets Ready for Planet Hunting 80beats: New Telescope Could Reveal a Milky Way Packed With Habitable Planets 80beats: Small, Rocky Exoplanet Is the Most Earth-Like World Ever Seen 80beats: Hubble Reports First Ever Signs of Carbon Dioxide on an Exoplanet