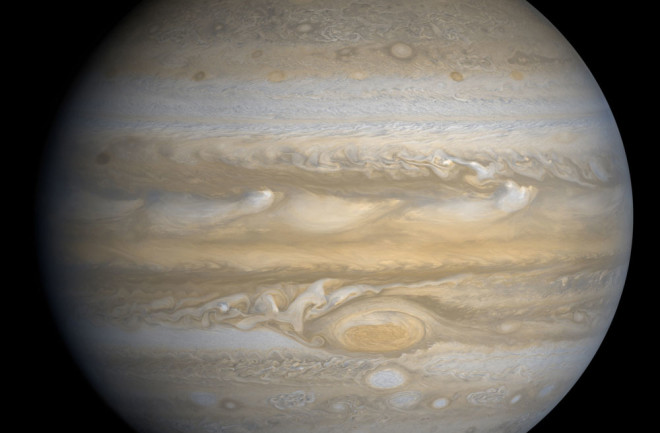 Jupiter’s Great Red Spot was considerably larger when the Voyager probes zoomed by in 1979, shown here, than when Hubble saw it in 2014. | 1979 Jupiter, NASA/JPL/Bjorn Bjorn Jonsson

Astronomers have known for decades that Jupiter’s trademark weather pattern — the stormy Great Red Spot — is shrinking. But in May, after taking a closer look with the Hubble Space Telescope, they learned that lately the spot has been shrinking at a faster rate.

The cause of the big shrink remains a mystery.