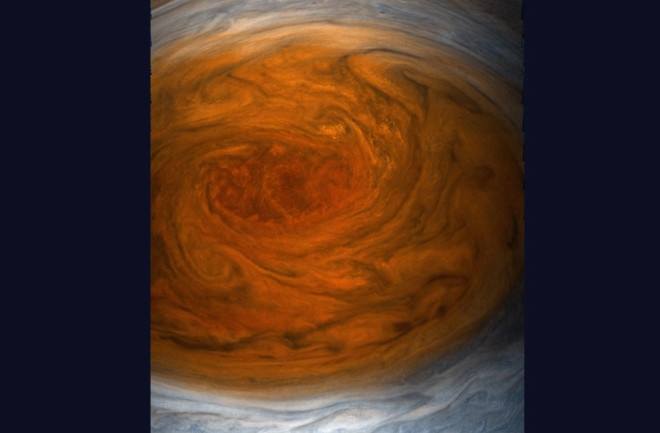 (Credit: Scot Hampton) On Monday, a human-built object got closer than any other before it to the most iconic, raging storm in the solar system. That is, of course, Jupiter’s Great Red Spot, an anticyclone that’s been swirling for hundreds of years, stuck between two of the planets jet stream bands. It’s a storm twice the size of Earth, and wind speeds there top out at roughly 400 miles per hour. And earlier this week, NASA’s Juno spacecraft dipped 2,200 miles above the turbulence to get a closer look at what’s going on. Stargazers first identified the spot in the 1600s, and this is the closest glimpse ever afforded to mankind. While scientists know the Great Red Spot has stuck around for quite some time, they don’t know the cause of its reddish color or what keeps the storm brewing. By learning more Jupiter and its spot, NASA researchers could apply their findings to analyzing weather patterns here on Earth. In the meantime, enjoy the latest batch of images provided by Juno, and the savvy photo editors who turned the craft's raw image data into stunning pictures.

From Ernie Mastroianni of Discover