'Jerry, at that moment... I was a marine biologist!' 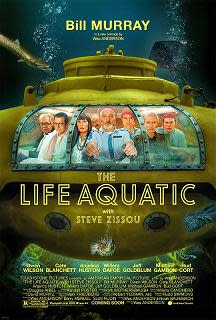 Tell people you're a marine biologist and they usually react one of two ways.. 'I wanted to be a marine biologist when I was little!' or 'You probably never hear this but, ever seen that episode of Seinfeld with George?' [Before I go on, for future reference, Yes, I've seen it. And on the Seinfeld note, please stop telling me I look like Elaine.] It's encouraging that people remember something from pop culture relevant to what I do. I don't realistically expect friends to reference the 2003 Pew Oceans Report, so this collective interest in my field for whatever reason is something. Folks know and appreciate whales and dolphins, and yes, even my specialty - the majestic sea cucumber. To the first statement, I like that so many say they wanted to be a marine biologist once upon a time. Leaves me wondering, what happened to make them become salespeople, bankers, and computer engineers? Then again, I probably shouldn't worry about that too much.. as the job market would be a lot more competitive if all these supposed marine biologists followed through. I'm satisfied knowing mine is a sexy profession and the general public are as fascinated with the field as Jacques-Yves Cousteau and Bill Murray. As for me, I must admit I'm an accidental marine biologist. I didn't fall into the group of kids staring up at the big blue whale at the American Museum of Natural History thinking I just had to study those things. Fish seemed to have nothing on dinosaurs, primates, or astrobiology for that matter. I imagined myself as one those khaki outfitted paleontologists in Jurassic Park, or maybe the next Jane Goodall or Carl Sagan. But then, I wanted to do conservation work and you guessed it - oceans are the realm in which one can have the greatest impact right now. Terrestrial landscapes have arguably been studied to exhaustion and dinos, well, they're extinct already. I still may be an astrobiologist. I'm only 27 after all. 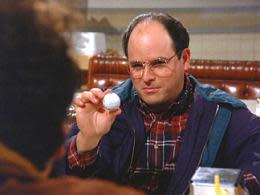 So here I am. Doing my part to keep oceans healthy and manatees swimming. And would you believe it? These critters and the complex dynamics that govern their world turn out to be the most interesting of all. There's just so much there we don't know. Today I'm headed to DC for Capitol Hill Oceans Week (CHOW) - a gathering of the biggest players in the oceans game. Stakeholders from all walks of life converge in the nation's capitol to discuss current ocean and coastal issues. Members of Congress, federal and state representatives, marine scientists, policy wonks, conservation junkies, fishermen, and on and on. My people. This year, perhaps we'll learn something new. The important thing is that these discussions keep happening and the dialog continues to roll on as we move toward better oceans governance. Because as George Costanza knows, marine science appeals to everyone. Get all of us on the same page and just maybe, like Kramer said, 'Wow, a hole in one.'