Israeli Beresheet Mission Will Attempt to Land on the Moon Today 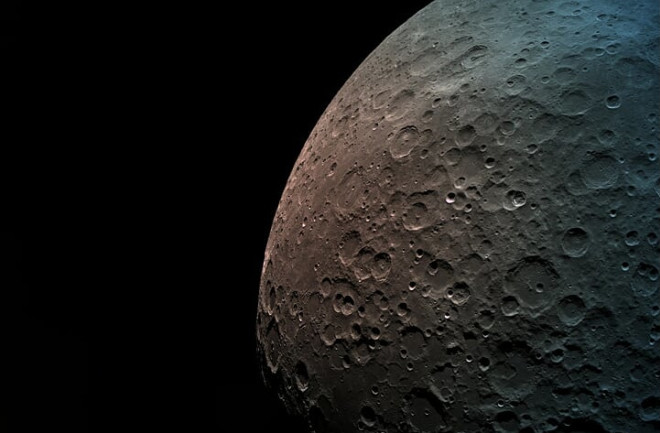 Beresheet took this image of the moon from about 300 miles away. (Credit: SpaceIL)

Update: Israel's Beresheet lander has crashed into the moon after suffering an engine and communications failure.

After a nearly seven-week adventure since its launch, the Israeli Beresheet spacecraft will attempt make history today and touch down on the surface of the moon at 10:25 p.m. Israel time (2:25 p.m. Central). It’s a monumental undertaking and if it succeeds, Beresheet and its creators will join the select ranks of those who have safely landed on the moon - thus far only the United States, China, and the former Soviet Union. NASA and its Deep Space Network are aiding the mission in tracking and communications. Beresheet plans to touch down in Mare Serenitatis, not far from NASA’s Apollo 15 and 17 landing sites, and is expected to send back pictures of its descent and arrival on the moon. It will operate there for only two to three days before the sunlight grows too intense and overheats the tiny spacecraft, but that will be enough to cement its place in history.

SpaceIL is a private company that built and operates the spacecraft alongside the Israeli Aerospace Agency. The company was founded with one purpose in mind: getting to the moon. It was a response to Google’s Lunar XPRIZE, which promised $20 million to a company that could soft-land on the moon and complete a small series of tasks. However, despite repeated extensions, no team claimed the prize by the time it expired in 2018. On March 28 of this year, XPRIZE announced that they would offer a $1 million Moonshot Award in recognition of SpaceIL and Beresheet’s accomplishments. To receive the proffered award, they must complete their soft landing today, though the other tasks have been waived – which is good, because Beresheet won’t accomplish all of them. Those tasks involved traveling an additional 500 meters over the lunar surface (about a third of a mile) and sending back images and video. Beresheet has already sent back stunning pictures of the Earth and moon during its travels so far, and plans to continue. It was originally designed to “hop” short distances across the lunar surface to fulfill the XPRIZE requirements. But with the original prize money off the table, mission managers don’t want to risk Beresheet with any additional maneuvers once it lands. The landing sequence will take roughly 25 minutes and is autonomous, meaning the spacecraft will land itself once the sequence starts. It will fire thrusters against its direction of motion to slow down, which will also make it slowly lose altitude. By the time it’s fifteen feet above the ground, it should be slowed to a complete stop. At that point it will cut its engines and fall the remaining distance to the ground. [embed]https://www.youtube.com/watch?v=VYd5vRjsfQE&[/embed] During its descent and brief active period on the ground, Beresheet will perform some science, with help. NASA's Lunar Reconnaissance Orbiter will study the gases Beresheet gives off during its landing procedure. Beresheet itself carries a magnetometer to study the moon's magnetism. And it also sports a Laser Retroreflector Array that will allow other spacecraft to zero in on its landing site to within 4 inches by bouncing lasers off Beresheet, which will lend context to the data the craft sends back about its surroundings. SpaceIL will start its livestream at 9:45 p.m. Israel time (1:45 p.m. Central), and you can watch it here or on their website. [embed]https://www.youtube.com/watch?v=HMdUcchBYRA&feature=youtu.be[/embed]