Is the Universe Actually Made of Math? 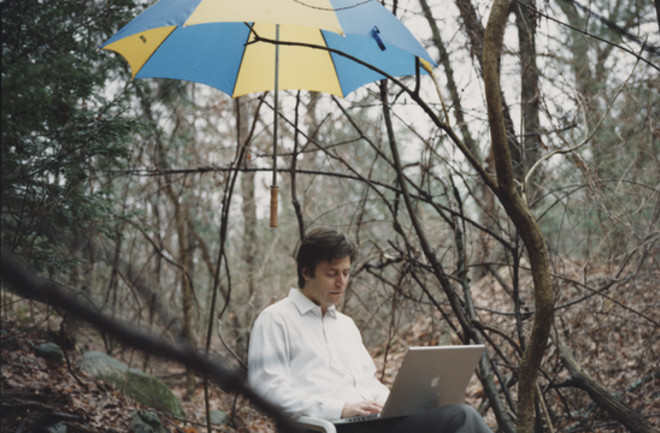 Cosmologists are not your run-of-the-mill thinkers, and Max Tegmark is not your run-of-the-mill cosmologist. Throughout his career, Tegmark has made important contributions to problems such as measuring dark matter in the cosmos and understanding how light from the early universe informs models of the Big Bang. But unlike most other physicists, who stay within the confines of the latest theories and measurements, the Swedish-born Tegmark has a night job. In a series of papers that have caught the attention of physicists and philosophers around the world, he explores not what the laws of nature say but why there are any laws at all.

According to Tegmark, “there is only mathematics; that is all that exists.” In his theory, the mathematical universe hypothesis, he updates quantum physics and cosmology with the concept of many parallel universes inhabiting multiple levels of space and time. By posing his hypothesis at the crossroads of philosophy and physics, Tegmark is harking back to the ancient Greeks with the oldest of the old questions: What is real?

Tegmark has pursued this work despite some risk to his career. It took four tries before he could get an early version of the mathematical universe hypothesis published, and when the article finally appeared, an older colleague warned that his “crackpot ideas” could damage his reputation. But propelled by optimism and passion, he pushed on.

“I learned pretty early that if I focused exclusively on these big questions I’d end up working at McDonald’s,” Tegmark explains. “So I developed this Dr. Jekyll/Mr. Hyde strategy where officially, whenever I applied for jobs, I put forth my mainstream work. And then quietly, on the side, I pursued more philosophical interests.” The strategy worked. Today a professor at the Massachusetts Institute of Technology, Tegmark travels among the world’s top physicists. Backed by this well-earned credibility, his audacious ideas are sparking fascination and taking flight.

These days Tegmark is a busy man. With his wife, the Brazilian cosmologist Angelica de Oliveira-Costa, he balances science with the demands of raising two young boys. Our interviewer, theoretical astrophysicist Adam Frank of the University of Rochester in New York, finally caught up with Tegmark as he made his way home to Winchester, Massachusetts, from a conference at Stanford University. In a comic juxtaposition of the profound and the profane, they spoke about the nature of reality by cell phone for three hours as Tegmark jockeyed his way through an airport rental car return, security lines, and a long wait for a delayed flight. A riff on reality would brake to a halt so Tegmark could avoid being hit by a rental-agency van. Just as the conversation plunged into parallel universes, Tegmark would have to downshift the dialogue for the bewildered security guard checking his boarding pass. Tegmark’s infectious excitement over the big issues, from physics and philosophy to kids and cosmology, made for one hell of an afternoon’s ride.

Max, you have gained a reputation for thinking far outside the box even for a cosmologist. Have you always pondered deep questions of Life, the Universe, and Everything? No. I was a very confused youth. I came to it all pretty late, and there was no one I talked about philosophy with as a teenager. I did have one friend in high school who did everything the opposite way from everyone else. If people were sending letters in rectangular envelopes, he would make triangular envelopes and send letters in those. I remember thinking, “That is cool. That is how I want to be.”

Is that why you decided to go into physics? Actually, my dad is a mathematician, and he was always very encouraging about math, but physics was my single most boring subject in high school. So I began as an undergrad in economics.

That was an interesting choice....When did physics show up on your radar screen again? A friend gave me a book, Surely You’re Joking, Mr. Feynman! by the physicist Richard Feynman. It was all about picking locks and picking up women. It had nothing to do with physics, but it struck me how between the lines it said loud and clear, “I love physics!” I couldn’t understand how this could be the same boring stuff from high school. It really piqued my curiosity.

How so? If you see some mediocre guy walking down the street arm in arm with Cameron Diaz, you say to yourself, “I’m missing something here.” So I started reading Feynman’s Lectures on Physics and I was like, whoa! Why haven’t I realized this before?

So then you changed your major? Umm, no. You don’t pay for college in Sweden, so I was able to do this kind of scam where I enrolled in a different university to do physics without telling them I was already in college for economics.

You were in two colleges at the same time? Yeah. You can see I was confused. It got complicated at times. I would have exams in both places on the same day, and I’d have to bike really fast between them.

Was it in college that you started to think about the bigger questions? I was taking the one and only quantum physics class offered, and when I got to the chapter on measurement I felt sure that I was missing something.