Is that white supremacist part black? 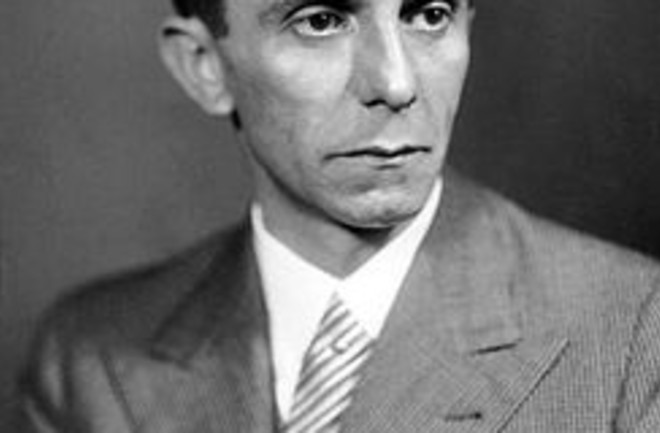 Goebbels, Nordic superman! Credit:, Bundesarchiv, BildMany of you probably know about Dave Chappelle's black white supremacist sketch (NSFW video!), though fewer are aware of Leo Felton, a white supremacist (ex, after he was outed) with a black father (a less tragic outcome than Dan Burros, the Jewish American Nazi). I know, these sound like they're out of South Park episodes, though the last two are actually not fictional. But now the media is exploding with news that a DNA test has suggested that a notorious white supremacist is 14 percent black. The same one who was recently profiled in The New York Times promoting a separatist racial vision in a small North Dakota town. I'll be honest and admit that I don't think that these results will hold up. (though personally I would think it was rich and very funny if they did, just like everyone else).

Credit: ScottH The reason is the chart to the left. It's from 23andMe's data set. Out of their ~100,000 white American individuals tested, ~5% have any evidence of African ancestry. Of those, you see the distribution of results. If Craig Cobb, the white supremacist, is ~14% Sub-Saharan African, he's in the less than 0.1% of white Americans with this sort of pattern. If he was a Latin American white, or a identified white person of Arab ancestry, I'd be willing to accept the results as plausible on the face of it. But the reality is that European Americans with relatively well documented histories usually

do not have a high probability

of having African ancestry. And if they do, 14% is a great deal. I have seen this among my friends (or more honestly, 5-10%, which is not far off), but that was due to a cryptic (though somewhat known within the family) non-paternity event. The media isn't consistent about which firm tested Craig Cobb, so I'm not going to make accusations specifically, but he says he's getting other tests done, and he'll release the results. I'll be curious to see the raw results. To me this is reminiscent of the constant Facebook shares I get from the Daily Currant from friends who confuse satire for reality because of their biases (not to say those biases are unfounded or not). Just because the story is awesome does not mean we should set skepticism to the side, and not evaluate the probability of alternative outcomes, given what we know prior. Related: Has anyone followed up the old story that James Watson was part black? The timing was a little suspicious to me.