Mathematicians are closer than ever to solving this complicated math problem. 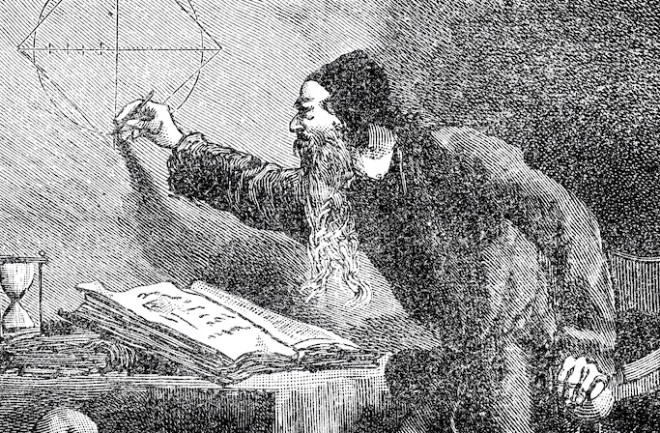 This story was originally published in our Jan/Feb 2023 issue as "A New Solution to an “Impossible” Math Problem." Click here to subscribe to read more stories like this one.

Geometry students are taught that squaring the circle — using a compass and straightedge to draw a square with the same area as a given circle — is impossible. But in February 2022, a trio of mathematicians who couldn’t resist an impossible challenge presented the closest solution yet for the problem.

Squaring the circle has a history of failed attempts dating back at least to the ancient Greeks. And in 1882, French mathematician Carl Louis Ferdinand von Lindemann proved that pi is transcendental, which means, among other things, that it’s impossible to draw a line of that length. Since the area of a circle depends on pi and the area of a square doesn’t, a solution was provably impossible.

But what if you abandon the compass and straightedge? Nearly a century ago, mathematicians asked whether it was possible to break a circle into pieces that could be reassembled into a square of the same area, with no compass or straightedge involved. Then in 1989, Hungarian mathematician Miklòs Laczkovich proved that it was theoretically possible, but the pieces would be so complicated as to be unmeasurable.

The newly developed method describes a set of simple rules — simple for mathematical recipes, anyway — for this ridiculously complicated jigsaw puzzle. While it builds on previous attempts to solve the problem, it’s the first version to describe pieces that, in theory, can be drawn. (Not by hand, but by a computer.)

“We had these two different goals,” says mathematician Jonathan Noel of the University of Victoria, British Columbia. One was to improve the algorithm used to generate pieces, and “the other was to get these pieces that you can understand, visually.” Noel collaborated on the proof with fellow mathematicians Oleg Pikhurko and András Máthé, both of the University of Warwick in the U.K.

Even with the mathematicians’ new rules and a powerful enough computer, it’s an understatement to say that drawing the pieces won’t be easy. The new algorithm requires about 10^200 pieces; for comparison, physicists estimate that the universe contains about 10^80 atoms.

Pikhurko says he hopes to reduce the number of pieces. “I think you can attack that and bring it down, significantly,” he says. “But it would need some extra work.”